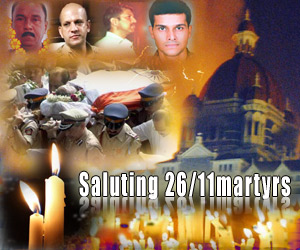 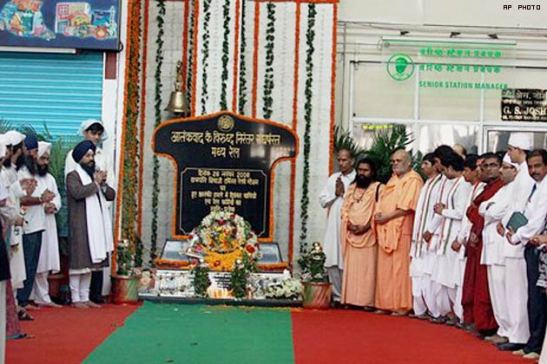 One Year after, Kasab is still living and laughing to Hindu public !!! 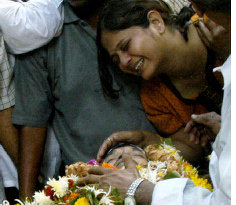 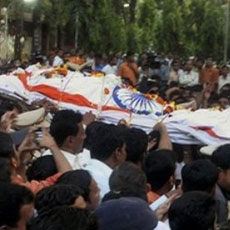 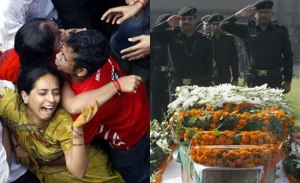 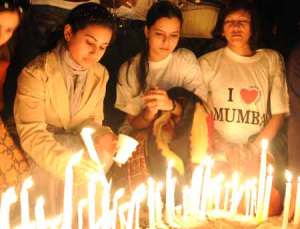 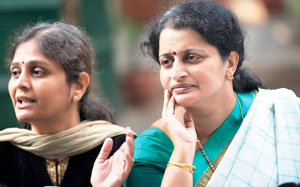 Kavita Karkare, wife of Maharashtra Anti-Terror Squad chief Hemant Karkare who was killed during the 26/11 Mumbai attack, met Sonia Gandhi (IN Congress Chair Person) at her home on Monday and demanded that Ajmal Amir Kasab be hanged. “Everybody wants Kasab to be hanged as soon as possible,” Kavita told reporters.

Karkare was accompanied by Smita Salaskar, widow of senior police inspector Vijay Salaskar, who too also killed in the attack. Karkare pitched for better bulletproof jackets for the police. Both women said Sonia heard out their requests sympathetically.

Reacting to Kavita’s demand for capital punishment to Kasab, Congress spokesman Manish Tewari said, “India is a democratic country. The trial is on. It is for the court to decide what punishment to give.”

” Demanding that Ajmal Kasab, the lone surviving terrorist captured during the attacks should be sent to the gallows, Karkare said, “all victims and martyrs families feel that he should be hanged.” When asked to comment about her husband”s lost bullet proof jacket, she said “jackets have been disappeared.

That is true. It should not happen again to anyone.

He should be hanged from a lamp post ,which will be a lesson to other terorists.. 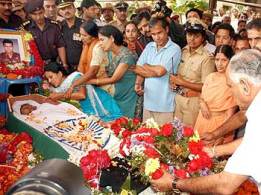 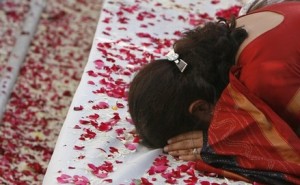 “Why are they keeping Kasab [ Images ] alive? He should be hanged from a lamp-post, which will be a lesson for other terrorists. We saw him laughing on TV despite killing so many of our people.” ………….. Sri K Unnikrishnan, bereaved father of NSG Major Sandeep Unnikrishnan.

‘Judge saab, please hang him. He has ruined my daughter’s life’ .. father of Devika Rotwan, a 11 years girl permanently disabled on 26/11 Mumbai attack. 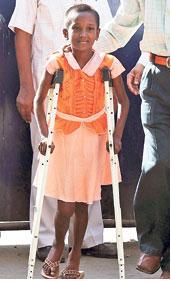 (Judge arranges for a chair in the witness box for her)

Special public prosecutor Ujjwal Nikam (N): Do you remember the day when you were shot?
D: Yes. It was on November 26
N: Where were you going?
D: To Bharat bhai’s house in Pune. I was waiting at VT station with pappa and brother.
N: What happened?
D: I heard a loud explosion. Pappa said, “Let’s leave.” Then the firing began. My brother ran in one direction. I was with my father. I was hit on my right leg (lifts leg and shows the wound). I fell down. My leg broke. My bones broke. Blood was oozing out.
N: Then what happened?
D: I don’t know. I woke up in hospital.
N: You saw any of the shooters?
D: I saw one (pointing towards Kasab). The first one on the side.
Defence lawyer Abbas Kazmi (AK): I put to you that you didn’t see the accused.
D: I saw him. I swear on God I do not lie.

:: Vinita’s hours too wait for the hanging of Kasab :: Vinita Kamte writes a book in search of truth behind her husband’s death :: 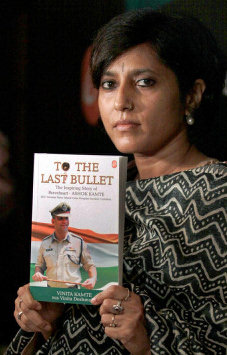 Mumbai: For Vinita Kamte, wife of 26/11 martyr Additional Commissioner of Police Ashok Kamte, the search for truth about her husband’s death turned out to be a protracted struggle against the establishment itself.

She has chronicled her findings in a book titled To The Last Bullet, co-authored by senior journalist Vinita Deshmukh.

“I wanted to put his life and sacrifice in a proper perspective it deserves. It was not easy to take this decision because it was a question of whether I should speak out against a force which my husband was a part of and throwing light on the shortcomings of what happened during 26/11,” Ms. Kamte said at the launch of her book, at the Taj Mahal Palace and Tower hotel on Tuesday.

The hotel itself was one of the sites of the terror attacks. 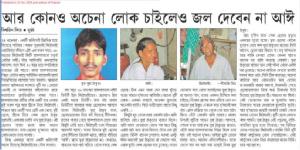 “Kasab should be punished extremely as he finished many other’s lives like my son’s life” said weeping and bereaved mother of Late Budha Bhai Thakur, another target of Kasab. Budha Bhai was killed in his house at Badaruddin Tayebji Road on 26/11/2008. From Budha Bhai Kasab & Ismail took water to drink and killed him immediately in front of her mother to finish the witness.

Memorable Feat, Forgotten Hero ? No, we will hang Kasab….. 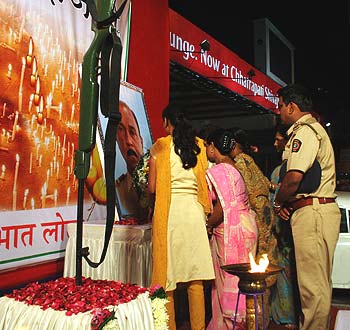 Has Tukaram Omble already been forgotten? Harish Kotian located the spot where the brave police officer laid down his life, almost isolated during the anniversary of the Mumbai terror attacks.

At a homage function for Omble in Mumbai on Thursday, mediapersons and politicians were conspicuous by their absence as most of them were seen jostling at plush spots like the Taj, Trident Hotel and Cafe Leopold. The place where Omble gave his life wore a deserted look in comparison. Only a handful of people were there — mostly comprising relatives and ex-colleagues.

On that dreaded night, Omble, 48, helped nab Kasab despite being felled by a hail of bullets.

Armed with only a baton, Omble pounced on Kasab and did not let him escape at the police barricade at the Girgaon Chowpatty. The brave officer tried to disarm the terrorist by grabbing his gun. Kasab fired, but Omble was firm, enabling other policemen to overpower him.

Looking back, that was no ordinary feat. If it was not for Omble’s courage, India would not have had the sole terrorist alive — the only source of information about the audacious terror attack in the country’s history.

The nation may have forgotten, but the family did not — and can’t. Omble’s wife Tarabai and daughters came to Chowpatty, the same spot where Omble was killed. Inspector Sanjay Govilkar, who was then with Omble during the incident, said his act of bravery saved every other policeman then.

“I must say that today I am alive because of his act of bravery. He was a fearless policeman and we are very proud of what he has done. Thanks to his bravery, Kasab was caught alive,” Govilkar said.

The function — organised by the Bharatiya Janata Party — urged the government to hang Kasab, instead of wasting crores of rupees on his security upkeep.

“It has been a year since Omble died, but his family cannot rest in peace because his killer is still alive. Worse, he is being provided with biryani in the jail. Kasab should be hanged immediately. That is what every Mumbaikar wants,” said a local leader.

The Mumbai Catholic Samaj lit candles and held banners along the Chowpatty Road at Marine Drive in memory of the terror victims.

“Their sacrifices will never be forgotten and that is what we want to show,” said a member.