Why Pakistani Hindus leave their home for India.

For religious persecution in Islamic Pakistan, Hindus are forced to flee their own country…..

The refugees live in makeshift houses and tents in Delhi. Despite the lack of infrastructure, they say they have found ‘freedom” here. The decision to leave their home was not easy but they were left with no option. 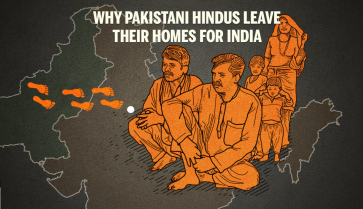 Anam Ajmal | TNN | New Delhi | April 4, 2109::  A tricolour flutters at the entrance of a makeshift colony of Pakistani refugees in Adarsh Nagar, north Delhi. The flag, residents say is an assertion of their newly acquired “Indian” identity, after religious persecution forced them to flee their own country.

The 3.2-acre area is home to 110 Pakistani Hindu families, comprising 720 people, including 180 kids and 240 women. The colony opposite a landfill site was set up in May 2013 when 20-odd Hindu families came to India for pilgrimage, found “freedom” and settled.

But “freedom” hasn’t brought an end to their woes. Their mud houses do not provide adequate shelter against the elements. There is neither electricity nor proper sanitation facilities. Most of the migrants are agricultural labourers and do not have any other skills; so there are no jobs for them.

Another settlement of around 500 Pakistani Hindu refugees at Majnu ka Tila also face similar problems. But, according to Radu, 55, who came to India over a year ago and settled in Adarsh Nagar, Delhi has become “home” and the community has developed a sense of belonging. Almost every family living in the two refugee colonies in the capital for Hindus from Pakistan has a story to tell on what impelled them to leave their homes and flee to India.

Dharmu ‘Master’, a tailor in his early-40s, came to India in 2017. His wife and three children took the only train — Thar Express — from his village in Sindh and got down at Jodhpur in Rajasthan before coming to Delhi. “We got a visa to visit Haridwar. But while leaving our house in Pakistan, we knew we would not return again,” says Dharmu. “I had an established business there but we had to leave because we were being targeted by our neighbours.” 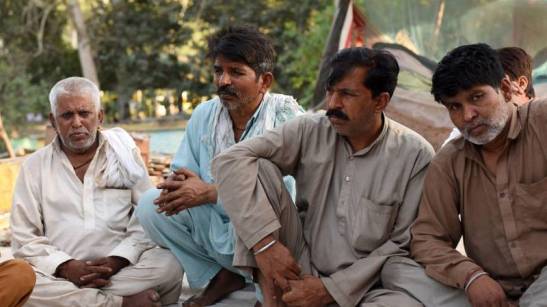 Every family has relatives left behind in Pakistan, and they fear for their safety, especially after strikes in Balakot, Pakistan

Trouble started in 2016 when Dharmu opened a new shop and inscribed religious symbols on the billboard. He was asked to remove the symbols. When he did not oblige,he was threatened and his shop vandalised. Although Dharmu has had to give up his profession and does not have a steady income, he says he has found his “lost confidence and self-respect” in India.

His three children go to school and his eldest daughter, Meena, recently passed her Class VI exams at a government school, something which was not possible in the neighbouring country, he says. Dharmu’s story was echoed by other colony dwellers. They say they lived in fear in Pakistan, faced threats, victimisation and financial exclusion. When the first set of families settled in Delhi, word spread that “India was welcoming its people” and more started trickling in.

And yet every family has relatives left behind in Pakistan — a brother, son, daughter — and they fear for their safety, especially after India’s strikes against terrorist camps in Balakot, Pakistan.

Ashutosh Joshi, an activist who runs crowdfunding campaigns to sponsor the colony’s every day expenses on medicines, diesel generator and house repairs, is also active in social media groups where people from Sindh share their “woes”. Citing the example of two Hindu girls, Raveena, 13, and Reena, 15, who were allegedly kidnapped by a group of “influential” men from their home in Ghotki in Sindh on the eve of Holi, Joshi claims that at least seven Hindu minor girls have been kidnapped in the past 35 days as “revenge” against the Balakot strike. 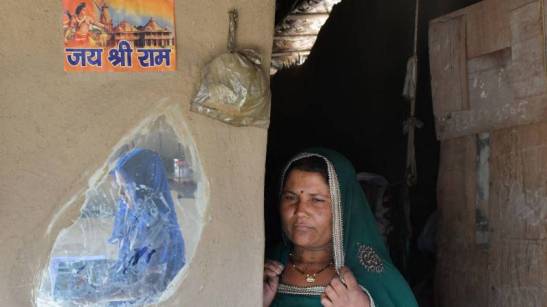 Power line was discontinued in 2017 plunging the colony to darkness

Joshi, a senior finance manager at a Noida-based multinational corporation, got involved in the colony’s activities two years ago and started a crowdfunding campaign on online platform, Milaap, raising Rs 15 lakh for the refugees’ rehabilitation. A portion went into sponsoring nine weddings in January.

“Most brides and grooms were from within the community, but some were refugees from another colony in Majnu ka Tila,” says Joshi, who started another online campaign on Milaap recently.

The refugee colony in Majnu ka Tila, a few kilometres away, was set up in 2011. Today, there are over 500 people from seven districts of Sindh living here. There are seven pradhans (chiefs) who oversee the colony’s everyday affairs. Dharamveer, one of the pradhans, came to India in 2014.

He says he migrated because he couldn’t practise his religion in Pakistan. “Our children could not study. Even when they did, the education was theocratic,” he says.

The struggle here is about an electricity connection. There was some respite in 2015, when the Arvind Kejriwal government facilitated regular water supply to the colony and a 24-hour generator. The power line was, however, discontinued in 2017, plunging the colony back in darkness. Since then, the pradhans have written regularly to authorities to reinstall their power supply but they have not got any reply. 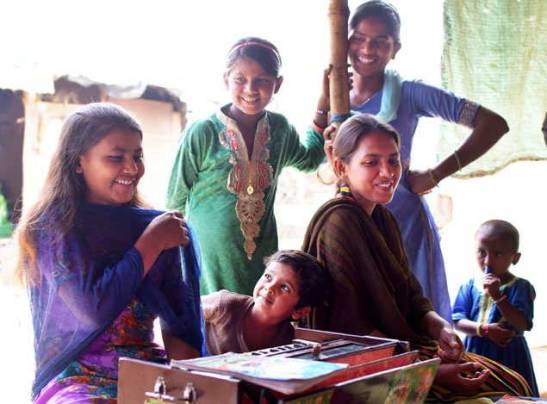 “The Yamuna is just a few metres from our dwellings. Snakes are found here regularly and without light, it is difficult to protect ourselves in the darkness,” says Dharamveer.

But, he does not regret moving to India. “Here, our problems are limited to food and water. In Pakistan, we had to be on constant vigil to ensure the safety of our women,” he says. “All of us know someone who has been forcibly converted. At most times, they don’t ask us to convert but constantly preach their own religion.” He adds that he came to Delhi on a visitor’s visa after telling officials in Pakistan that he was travelling for the Kumbh Mela in Uttar Pradesh.

Despite all difficulties, the decision to leave their ancestral homes wasn’t easy. As 60-year-old Meghi, who left Pakistan’s Hyderabad district four years ago, says, “Nobody wants to leave their homes willingly. We were forced to leave Pakistan because we had no option. If someone assures us of safety, we will go back. But for now, India is our country.”

4 comments on “Why Pakistani Hindus leave their home for India.”