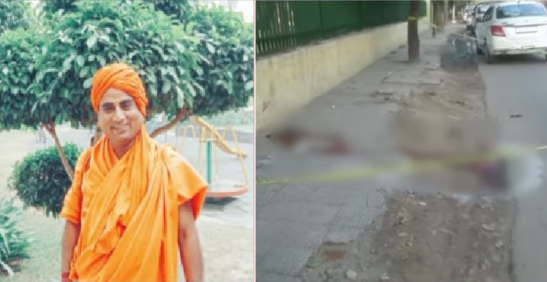 Anti-Hindu Jihadis suspected behind the killing in Lucknow… 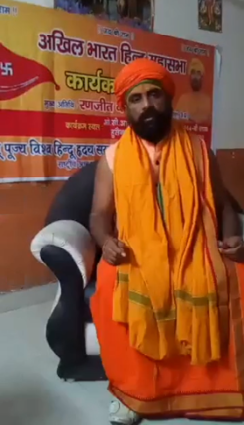 Upendra Bharti | HENB | Lucknow | February 2, 2020:: Another Hindutvawadi leader was shot dead by two motorcycle-borne men in the heart of Lucknow’s Hazratganj area on Sunday morning, officials said. The victim is believed as in the position of the president of the Akhil Bharat Hindu Mahasabha’s Uttar Pradesh unit.

Ranjeet Bachchan, an actual resident of Gorakhpur district who has been residing in OCR Building – ‘B’ Block since 2012, was on a morning walk along with another person when the men fired at them near the Central Drug Research Institute (CDRI) building in Hazratganj.

Ranjeet was earlier associated with Samajwadi Party and then allotted with a quarter in OCR Building.

Bachchan died on the spot and the other person was critically injured. He is undergoing treatment at the trauma centre of King George’s Medical University (KGMU).

A sub-inspector of police, who is a member of the investigation team, said the assailants tried to snatch Ranjeet Bachchan’s gold chain and cell phone during the attack.

“In the scuffle, the assailants fired on Ranjeet Bachchan’s head multiply, who died on the spot. In the firing, Ranjeet was injured and was rushed to Trauma Centre,” he said.

However, this could be a ploy of the assailants to make the crime look like a loot attempt rather a planned murder, the officer said.

Deputy commissioner of police (central Lucknow) Dinesh Singh said Ranjeet Bachchan received the bullet injury on his head and the person injured in the attack is out of danger.

“Forensic experts are scanning the spot. We have been scanning CCTVs and probing the case from all angles. The culprits will be behind the bars soon,” Singh said.

He also said six teams have been constituted to probe the case and nab the culprits.

Face book account of Ranjeet Bachchan+ reveals that he was very much active for Hindutva ideology and close associate of Hindu Mahasabha leader Chakrapani Maharaj. But, off late Bachchan established his new outfit “Rashtriya Shashakt Hindu Mahasangha”, as believed.

Bachchan’s family has rushed to Lucknow after hearing the news.

“We are yet to talk to the family members,” another police official said.

Bachchan’s brother-in-law, Manoj Kumar Sharma, said Bachchan had celebrated his 40th birthday on Saturday and had also organised an event in support of CAA and NRC.

Outraged supporters of Bachhan shouted slogans against the police outside his house.

This is the second killing of a right-wing Hindu leader in the state capital in the recent past.

Kamlesh Tewari, the national president of the Hindu Samaj Party, was killed at his Khurshed Bagh residence in October last year. On the probe, Jihadi elements were arrested for Kamlesh murder and under trial in a fast track court. Now the same angle is suspected to kill Ranjeet Bachchan in broad day light.