Irritated Islamist scholar in Saudi calls for expulsion of Hindutva supporters from the Gulf Countries. 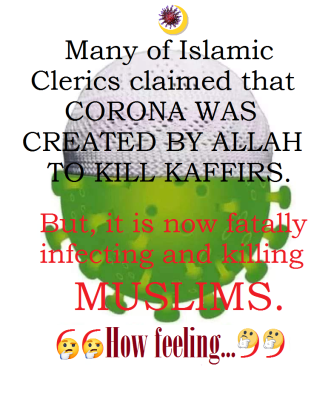 Ayesha Zubair |  Gulf Monitor | Dubai | April 19, 2020:: Claiming that Hindutv supporters spreading hatred and committing crimes against Muslims should be expelled from the Gulf, a Saudi Arabian Islamist scholar Sheikh Abidi Zahrani has said, amid a growing number of hate crimes by Hindu supremacists against India’s Muslim minority. But, Zahrani has failed to produce any definite document in support of his claim.

Such alleged attacks have increased during the spread of the coronavirus pandemic as Hindus loyal to the ruling far-right BJP government of Prime Minister Narendra Modi blame Muslims for the spread of the virus.

In a statement the Islamist scholar conveyed, “Modi was barred from the US over his role in the 2002 Gujarat riots that killed over 1,000 Muslims. His supporters have dubbed the virus “corona jihad” and spread the false allegation that the pandemic is a conspiracy by Muslims to infect and poison Hindus”.

Sheikh Abidi Zahrani has fanatically responded to this hostility by urging governments in the Middle East, especially the Gulf, to clamp down on anyone showing sympathy with extremist Hindu ideology. Writing on his official twitter account, Zahrani shared the “Send_Hindutva_Back_home” hashtag: “I propose to all respected followers to list all militant Hindus who are working in the GCC and spreading hate against #Islam #Muslims or our beloved Prophet [Muhammad, peace be upon him] under this #hashtag #Send_Hindutva_Back_home.”

In a separate tweet he added: “Gulf States host millions of #Indians some of whom are infected #COVID__19 are treated free of charge regardless of their faith while #Hindutva #Terrorists gangs are committing crimes against #Muslims citizens.”

Twitterati could not hold Zahrani per their choice and criticized utterly. In response to his tweet, followers shared screenshots of individuals and groups spreading Hindu supremacist ideology known as Hinduvta from locations in the Middle East or while working for Gulf-based companies. One posted a screenshot of an Indian employee with the caption “Works in Kuwait Airlines and Hates Muslims”. The Hindu extremist had said that, “Most people infected are Mullahs whereas Hindus are living peacefully inside.” 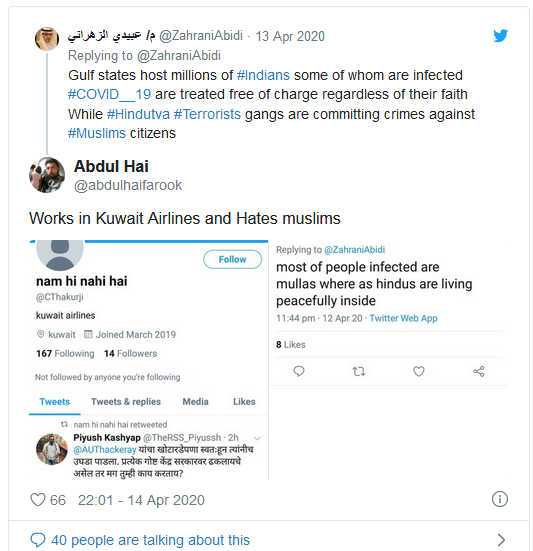 As a matter of fact, from the days of Covid 19 epidemic in Wuhan until it appeared as an – Corona pandemic, many of the Islamic clerics wanted to  describe it as a curse of Allah on the Kaffirs (non-believers).

The scenario changed drastically and Muslims came in the list as major Corona victims in Islamic countries. This caused an anger among the Muslim clerics and the have been engaging themselves to attack on non-Muslim people, if they criticize Islamic nuisance and disagreement with govt orders  as the points to spread corona virus uncontrollably.

3 comments on “Fumed Over Corona Criticize Islamist Scholar Calls To Expel Hindutva Men From The Gulf.”