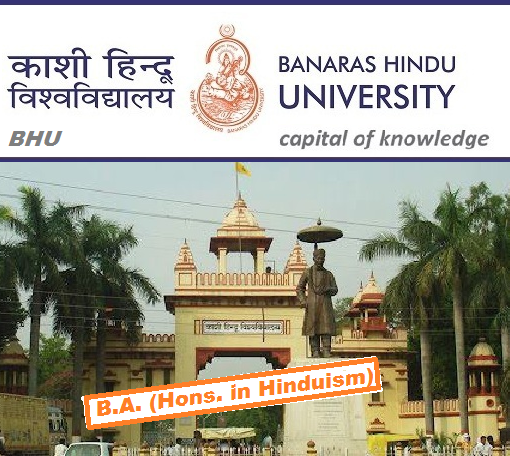 Upendra Bharti | HENB | Varanasi | Sept 9, 2021::  In a major break through, Hinduism will be taught as a subject for the first time in the Banaras Hindu University (BHU) in Bachelor of Arts Course and students will learn ancient knowledge, tradition, arts, science and skills under this course as designed.

The university is starting the Hinduism course of two years with 40 seats and forms will be accepted till September 7. An entrance exam will be held on October 3 to shortlist the students for the course.

BHU vice chancellor Vijay Kumar Shukla said “It will be the first ever degree course as moduled on Hinduism in our country.

Earlier, only a diploma course of Hindu Dharma was running in Himachal university. We are teaching other cultures, traditions like Christianity, Islam in many universities while Hinduism was not on the streamline”.

Shukla said smart classes will be organised for students in varsity and students from other countries can also be part of the course in near future.

He said a large number of applications from foreign students indicates interest of other countries in Hinduism, the oldest practicing faith in this world.

The dedicated course will be conducted by the Philosophy department that will explain the soul of Hinduism, ambitions and outlines of Hinduism while ancient history and culture departments will elaborate ancient evidence on ancient trading activities, architecture, weapons, tools used by great Indian Emperors. The Sanskrit department will discuss practical aspects of scriptures, Vedas and ancient records through mantras as the meaningful understanding of the way of Hindu life.