Clik here or press the Hindu News Tab above to read details.

Diwali celebration is Nov. 4 in Mason

The Hindu Society of Mason expects as many as 300 people to attend a program that will celebrate the Festival of Lights, or Diwali, at the Mason Municipal Center on Nov. 4. Mason Mayor Don Prince will light a lamp at 6:30 p.m. to signal the beginning of the program.

Activities include short song-and-dance performances by a choir. In addition, individuals will share what Diwali means to the Hindu community in Mason and to Hindus throughout the world.

In Hinduism, Diwali is the most important festival of the year. It is as important to the Hindu religion as Christmas is to Christians, said Falguni Desai of Mason. Read more here………

Celebrate Diwali at temple in Etobicoke on Saturday

Residents are invited to join “the largest celebration of the Hindu faith” this November.

The community is welcomed to BAPS Shri Swaminarayan Mandir (temple) at 61 Claireville Dr. in Etobicoke on Saturday, Nov. 6 from noon to 6 p.m. for Diwali and Annakut celebrations marking the end of the Hindu calendar year.

Nilesh Mehta, a volunteer and spokesman for the mandir, said Diwali is a five-day celebration with the event condensed into one day at the Mandir featuring a festival of lights and Annakut – meaning ‘mountain of food’ – with a “community feast” near the end of the day.  Read more here……… 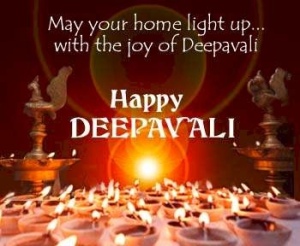 Reaching out to the Indian community ahead of Diwali, Victoria’s premier John Brumby on Saturday offered an assistance of Aus $1 million for the construction of a Hindu cultural and education centre here.

Brumby announced the grant during a Diwali celebration event that attracted thousands of Indians as well as locals in the heart of the city’s business district.

The event is the largest cultural show managed by the company ‘Celebrate India’ that will also put up a lighting festival competition next week.

Brumby said Diwali was an important occasion for the Indian community and a great example of how Victoria’s many communities come together to share their values. Read more here………