How much we have to wait for a Ramjanmabhoomi Temple in Ayodhya and a Hindu Rashtra in Bharat? 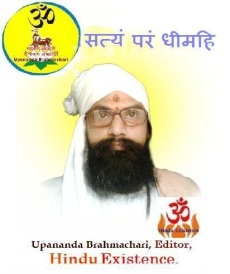 On December 6th of 1992 in Ayodhya , by demolishing the ”ILLEGAL” and “DISPUTED” Babri Structure , We Karsewak’s have reclaimed our rightful Holy place, Sri Ram Janma Bhoomi, Lord Rama’s Holy Birth Place. Since then  6th December  is celebrated as ‘Vijay’/’Shourya’ Diwas – ‘Victory Day’ or ‘Valour Day’ by Hindu’s all over the Globe. But after 20 years that VIJAY is still incomplete and it may termed as an ‘Ardha Vijay Diwas’  as it is a Victory in a half done condition.

Hindus won a big litigation in the Mandir-Masjid land dispute, but the controversy is still being kept alive by some followers of Babar who destroyed a magnificent Rama Temple by his commander Mir Banki in 1528 to make that disputed structure to humiliate the Hindus in many ways. Through a series of war over 450 years the followers of Lord Rama clearly knocked down the followers of Babar  in 1992. But, the pseudo secular politicians with Islamic, Christian and Communist faith are putting many hurdles to build a magnificent Ram Temple at Ayodhya.  Not only that, many holy places of Hindu Faith are waiting for the liberation from the plunderers’ Jihadi signs amidst its bloody history of Bharat in Islamic or Christian rules.

The crisis in the Hindu leadership and treating the Ram Janmabhoomi Temple Movement as an used or less important issue, did a great harm to the resurgence of Hindu Rashtra Movement in India.  Actually, Ram Janmabhoomi Temple Movement was activated as to rise a Hindu Wave to build up a meaningful management of a Hindu Rashtra in Bharat with Hindu Empowerment in all dimension. But that ethos are now somehow skipped by the political power monger Hindu Leadership always searching a short-cut to reach the goal.

I am not contradicting the Political power to be captured by the Hindus. But that cannot be first priority before making the foundation work so strength-fully. Horses should pull the chariot. Chariot cannot pull the horses. If we don’t possess that strong foundation or well trained horses to that Hindu Chariot, never can we reach that goal of Hindu Rashtra or Ram Janmabhoomi Temple at Ayodhya as a highest symbol of it.

So, the Hindu empowerment in all the social and economical faculty, Hindu empowerment in Judiciary and Administration,  Hindu empowerment in Police and Military, Hindu Exploration in Science and Technology  are needed as the horse-power to the Hindu Chariot leading to the goal of Hindu Rashtra. But, politics need a Hindu enforcement here instead of empowerment, so that the Indian Politics cannot be a subject of any Jihadi, Evangelical or Communist powers likely venture a stabbing on Indian Independence, Integrity and Sovereignty.

If we wish to see our Holy places  and signs of pride rebuilt once again to the glory as it were, we have to sacrifice more. With out spontaneous support from every sphere of Hindu Life such a big Hindutva movement cannot be helpful to reclaim our Holy places  or one and only Hindu Rashtra in Bharat for a billion of Hindus in the world. With the spirit of December 6 1992 , let us march together for re-establishing of a Hindu Rashtra in Bharat to become a Vishwa Guru and a Real World Power.

In this context I have three suggestions to make our movement successful.

Two. Issue based joint strategy.  Many issues before the Hindus put Hindus in an issue-less confronting situation. Common and Commanding issues can put forth maximum Hindu success. Go-Ganga Raksha. Hindu’s highest sentiment over Go-hatya (Cow-slaughter) and Ganga Raksha to save the environment as habitable, must come to the priority.  Dharmasthan Raksha. Reclaiming Rama Janmabhoomi. Mathura Krishna Janmasthan and Kashi Vishwanath Jirnoddhar comes most important, but 100s of Bhagya Lakshmi Temples at Charminar or Bhojpal Temples are shrines are to be liberated through consistent movements. As the whole of Bharat is treated as Matru Bhoomi and Dharma Bhoomi, it should be liberated from anti Hindu force. Nari Raksha-Samaj Raksha. War front must be opened to fight against Love Jihad and Christian Conversion. With these issues Bharat must speak in a word, think in a way and win over the opponents of Hindutva.

Three: Local leadership for Hindu empowerment.  Just make a group of Ten to Fifteen boys (your friends) in your para (locality) and take a vow not to face any defeat from the opposition. Be Strategic. Powerful and then Successful. Self Defence and Arms Training is must. Keep keen vigil to stop Jihadi Terrorism. Take the help of RTI and HR in possible cases. Try to maintain a liaison with local PS. Gradually expand your group and set specific responsibilities in some smaller efficient groups. IT/Social Media Groups, Legal Cell, RTI Cell, Human Rights Cell, Fund Rising, Co-operatives, Hindu Help Line, all these will come up one after another, but all these should be saturated by the Pure Hindutva Concept. Without a dedicated, diligent and desperate Local Hindu Leadership, nothing can be achieved.

This is a matter of  strength out of profound Hindu faith.  We have to show the world about the power of Hindu Dharma. Hindu Dharma will defeat the Jihadi Terrorism, Christian Conversions and pseudo Secular Politics. Let everybody inform to join the Hindutva movements and find the solutions how to stop attacks on Hindu Dharma and how to win in the war for formation of Hindu Rashtra.

20 years have already gone after hearing the assurance one after another.  But now, we cannot wait for an indefinite time to establish a Ramajanmabhoomi Temple at Ayodhya. I think Hindu Groups in many fronts are getting reactive day by day through facing various Political, Islamic and Evangelical hazards. Proactive Hindus have set their alternative ways out of any big banners to run a struggle for Hindu Freedom to usher a New Hindu Age in Bharat Bhoomi. Big Hindu houses will be compelled to compensate for the real Hindu demands under pressure. In that calculation we will build a Sri Ram Temple in Ayodhya in 2015 and a Dharma Rashtra – Hindu Rashtra in Bharat in 2025. Swagatam. welcome to this Hindu Rashtra.
……………………………………………..
JAI SRI RAM ! JAYATU JAYATU HINDU RASHTRAM !!
…………………………………..

5 comments on “20 years after Babri demolition. Hindus are uniting to build both Ramajanmabhoomi Temple and Hindu Rashtra very soon.”