Revival of 2047 BS (1990 AD) Constitution is the only solution of Constituent Assembly failure in Nepal.

Who betrayed Nepali People in failing the deadline in Constituent Assembly for adopting new Constitution? No problem. Revive 1990 AD i.e. 2047 BS Constitution for an immediate solution. 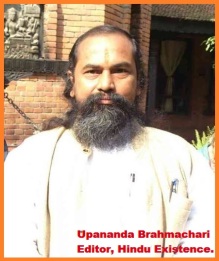 Upananda Brahmachari | Khathmandu | 23 January 2015:: : The Nepal Constituent Assembly  failed to deliver its self professed new constitution within 22 January midnight, which the political parties represented in the CA had obviously promised to, and the ruling and the opposition parties blamed each other for the failure. This failure to agree on a new constitution Thursday as a midnight deadline expired, deepening public frustration over the slow pace of political progress in the young republic.

Parliament Speaker & Constituent Assembly Chair Subas Chandra Nembang’s effort to move the last’s proceedings and to form the Questionnaire Subcommittee failed, as CA members of the 19 parties, including Unified CPN-Maoist, Madhesi and Janajati parties, obstructed the proceedings repeatedly until it fails the deadline on 22 January. Backed by China and European Union, the Nepali ultra leftist forces under the leadership Pushpa Kumar Dahal, better known as ‘Prachanda’, have been trying to destroy the traditional Hindu texture of Nepal and so opposing the public demand of the revival of Hindu Rashtra in Nepal, as alleged.

The present constitution was intended to conclude a peace process begun in 2006 when Maoist guerrillas entered politics, ending a decade-long insurgency that left an estimated 17,000 people dead.

Incidentally, some political parties then was in alliance with the Maoists are in not quiet opposite standpoint of the Maoists an again now calming a Hindu Rastra in Nepal with allowing the religious rights or the non Hindus too.

The draconian Prachanda led the Unified Communist Party of Nepal (Maoist), i.e UCPN(M) as it launched a communist insurgency on and from  13 February 1996. In the time of civil war, more than 17,000 Nepalese died. Ultimately elections were held in 2008 and the UCPN (M) emerged as the strongest party in election results. The Constituent Assembly of Nepal elected Prachanda as Prime Minister in August 2008. As per the vitiated application of the ‘Twelve point agreement’, the ruling UCPN(M) cancelled the Hindu Rashtra statute and Hindu Monarchy in Nepal as enshrined in the 1990 AD (2047 BS) constitution in Nepal. They also professed a better and progressive constitution in Nepal. But, the people of Nepal defeated Prachanda in Constituent Assembly election 2013. He was defeated by a Nepali Congress candidate, a little-known local activist named KC Rajan, by a large margin of around 8,000 votes in Kathmandu constituency No.10 in the November 2013 Constituent Assembly election. Five years earlier, in the 2008 Constituent Assembly elections, Prachanda had defeated the same candidate by 11,000 votes. Nevertheless, Prachanda won a seat in a different constituency. His political party won only 26 directly elected seats whereas it had won 120 seats in the 2008 election. But, this marginalized hooligan force of Maoists are performing ‘Guerrilla Dance’ in the floor of Constituent Assembly only to discard a much awaited Constitution in Nepal. But, now a looser Prachand is claiming a victory stand by any nefarious means.

Maoists Lawmakers are seen to Organize a Peace Process in the Constituent Assembly in Nepal to avert a Hindu State and Constitution in Nepal. Photo Courtesy: Republica.

Criticizing the UCPN-Maoist, Madhesi parties and their allies to obstruct the CA proceedings in utter rowdy manners, the other major Political parties like Nepali Congress (NC), Rastriya Prajatantra Party (RPPN) and CPN-UML  further urged the former to immediately take part in the constitution-making process in the CA by shunning their behaviour which they said would push the country to confrontation, uncertainty, anarchy and undemocratic culture.

Prime Minister of Nepal, Sushil Koirala termed the attacks by the UCPN-Maoist and its alliance at the Constituent Assembly (CA) as ‘conspiratorial’.

“UCPN-Maoist is skilled in changing its versions and it was difficult to find an agreement when they changed their statement over the night,” PM said.

But, the Nepali People took the hooliganism in Constituent Assembly by the Maoists led by Prachanda and his goons otherwise. The Nepali people tasted the bitterness and corruptions in the regime of Maoists and the aggravation of foreign powers like China, European Union and Christian Missionaries in Nepal in a very bad way in the very tenure of Prachanda and his party. On  20th January Nepali public in various places protested the Bandh and clashed with the Maoists when Maoists were trying to enforce Bandh and vandalizing or torching vehicles etc.

The Maoists led by Prachanda are ready to reach in any roughness and rotten-dom to avert a prosperous, progressive and pro-Hindu constitution in Nepal. They mean progress by crushing Hindu identity of Nepal and the hope and aspiration of majority Hindu people of Nepal. Prachanda, Baburam and many of Maoist groups are not only the stooges of the China, they are also the foot lickers of Christian missionaries. Many of them embarrassed Christianity. They want to destroy a Hindu Nepal from the world Map.

On the contrary, the Hindu people of Nepal are uniting together as a very strong defender of Dharma, Hindu Rashtra and Hindu Kingdom in Nepal. In the last three months the whole of world saw a very Hindu awakening in Nepal for restoration of Nepal as a traditional Hindu land, Hindu State and Hindu Kingdom. And all these three are existed in the approved and accepted Constitution in Nepal of 1990 AD i.e. 20147 BS.

A country cannot exist with a constitution. While the present Constituent Assembly of Nepal time and again failed to introduce and enforce a new constitution in a tantrum under Maoist conspiracy, Nepal should introduce again the 1990 AD i.e. 2047 BS Constitution in Nepal to fill up a Constitutional vacuum. In the next three months, the Constituent Assembly may adopt the netter if they can manufacture any as such. Till then Nepal must revive 1990 AD i.e. 20147 BS Constitution which has a wonderful balance of Hindu identity of Nepal, acceptance of Kingdom of Nepal, importance of Parliamentary democracy and the proliferation of Human rights and advancement.

Otherwise, Nepal have to see a new spate of Hindu backlash to re-establish a HINDU RASHTRA WITHIN SIX MONTHS. The rights and demand of 80% Hindus (10% name sake Hindus may be with the anti Hindu conspirators) in Nepal cannot be ignored by a handful puppets of the foreigners.

Hindu Rashtra in Nepal is an inevitable status by the blessing of Lord Pashupatinath,  Baba Gorakhnath and Mother Maha Kali. In some days all anti Hindus will be turned as a handful ashes.

Post Script: This writer is totally amazed to see the reluctance of Hindu Organisations (RSS, VHP, Hindu Mahasabha, Shiva Sena) of Bharat and BJP in the matter of Nepal Constituent Assembly debacle and the growing Maoist conspiracy in Nepal to bury a Hindu State there. No, Statement, no protest.  Nothing from Great Hindus like Dr Subramanian Swamy, Razan Zed, Rajiv Malhotra, Narain Katarian, Nirmal Barry and so on.   Great!

One comment on “Revival of 2047 BS (1990 AD) Constitution is the only solution of Constituent Assembly failure in Nepal.”