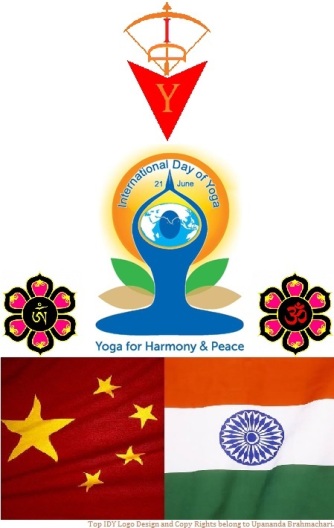 HENB | Beijing | May 15, 2015:: Indian Prime Minister Narendra Modi on Friday attended a joint Yoga-Taichi event in Beijing with his Chinese counterpart Li Keqiang and asserted that the disciplines are a unique medium to connect the cultural heritage of the two countries.

Modi, who held bilateral talks with Li earlier in the day, visited the Temple of Heaven where the joint Yoga-Taichi event took place. “I appreciate Prime Minister’s choice for this programme as this is the Temple of Heaven and if you want to attain heaven, body and mind need balance. Yoga is an art to balance our body and mind. Today frustration is looming large on every part of the world and yoga is the way to tackle this problem,” Modi said while addressing the students at the event.

Welcoming the collaboration between the Indian Council for Cultural Relations and the Yunnan National University, Prime Minister Narendra Modi and Premier Li Keqiang on Friday agreed to work together to successfully organize events related to International Yoga Day, which falls on June 21 this year.

Modi and  Keqiang also noted that enhanced exchanges among education institutions of the two sides will play a positive role in socio-economic development of the two sides and welcomed the signing of the expanded Educational Exchange Programme.

The two nations further expressed satisfaction with the progress achieved in the India-China Cultural Exchange Initiative. The two sides will have the annual exchange of 200 youths from each side in the second half of this year.

Modi, in his address, also made a mention of the International Yoga Day, saying, “On June 21, world will understand the real meaning of Yoga and holistic care.” “I put forward a resolution about the International Yoga Day in the United Nations in September last year with 177 nations being co-sponsors and passed in minimum days,” Modi said and noted that China was a co-sponsor of the resolution.

“Yoga is a remedy. Whether it is Yoga or Taichi, they have the potential to give a new life to the human mind that is under distress,” he said. After the event, Modi also took a selfie with Premier Li. Modi also took a number of selfies with students and children at the event. The Prime Minister sportingly took selfies with smartphones of children as they jostled for getting clicked with Modi.