A face of Political Jihad in India. Persecute majority people with a shield of ‘minority rights of attacking others’! 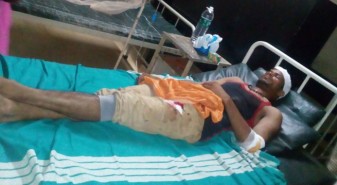 Upananda Brahmachari | HENB |Kasargod | Dec 4, 2015::  Four Hindu Ayyappa Devotees were injured today in an attack carried out by Muslim fanatics in Chattanchal of Kasargod District in Kerala. While the Hindu devotees of Lord Ayyappa were performing their daily rituals at Kavumpalla Sree DharmaSastha Temple, a group of 30 people surrounded the temple and started beating up devotees.

Nishanth, Gireesh, Sunil, and Pradeep were among the ones who got injured and admitted to Kasargod Taluk District Hospital.Kasargod is the second largest Muslim populated district of Kerala.

Jehadi attacks under political banners on Ayyappa Devotees in the Sabarimala pilgrimage time are increasing in Kerala during these recent years. 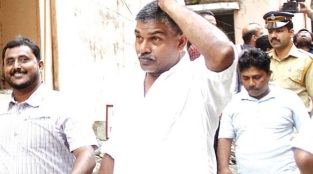 In 2001 December 6 night, Over 30 shops, a cinema hall and two fuel-filling stations were attacked and 15 buses damaged in the Pathanamthitta municipal town limits when a violent mob of notorious Islamic terror outfit instigated and unleashed terror. The BJP district office, Mararji Bhavan, at Kannankara, was also set afire by jihadi mob, reducing the files, furniture and other articles in it to ashes.Many Sabarimala devotees were injured in the attack. The jihadi mob who unleashed terror in the peaceful Sabarimala hill temple district headquarters even surrounded the Dy.SP, Mr. R. Ramachandran Nair, who tried to stop them at around 1 a.m. The Dy.Sp, who somehow managed to escape from the mob, had to fire into the air to disperse them. 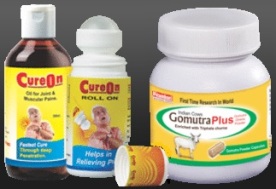 Then Chief Minister of Kerala had vouched the involvement of major political parties in the Pathanamthitta communal riot.He said that, in the Pthanamthitta riot, Eighty-four arrested were NDF or PDP activists, Five Congress, Three CPI-M and one DYFI. Of the persons absconding in connection with Pathanamthitta riot, Ninety-six were from NDF, Twenty-three PDP, Thirty-three Congress, four CPIM and Eleven DYFI.

Jehadi groups in India have opened their political fronts under a very interesting secular names like National Democratic Front (NDF), Social Democratic Party of India (SDPI), All India United Democratic Front (AIUDF) etc. only to clear their registration from Election Commission of India. But, Govt. of India is actually ignoring the dangerous implication of sprouting such communal Islamic forces in Indian politics in a very camouflaging manner. Where Muslims are majority, they always try to attack minority Hindus to frighten them and ultimately take the control of the area. For this operation, they are now taking the measure of this type ‘Political Jihad’.

This is another face of Political Jihad in India. Persecuting majority people with a shield of minority rights to oppress others is growing India in the states of Kerala, Jammu and Kashmir,  Assam, West Bengal, Andhra Pradesh, Telengala, Tamil Nadu, Karnataka, Uttar Pradesh, Bihar etc.

__with inputs from HK.