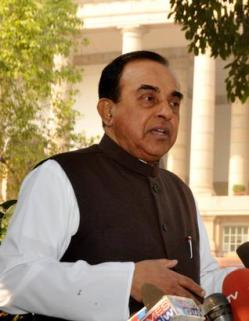 HENB | New Delhi | April 22, 2016:: Indian President Pranab Mukherjee on Friday gave his nod for nomination of six members to Rajya Sabha, the upper house of parliament. These personalities have been chosen from different fields of reputation following a recommendation of the Narendra Modi government.

‘Though independent, the nominated members usually vote along with the government and could bolster the NDA’s numbers in the Upper House where they are sorely lacking. The NDA’s lack of adequate strength in the Rajya Sabha has, in fact, led to several embarrassing moments, including amendment to the motion of thanks to the Presidential address’. But, the experts opine that these inclusion will surely give a boost to the floor management in the Rajya Sabha in a subtle way.

The Rajya Sabha had seven vacancies currently. Some members Members are nominated by the President to the Upper House on the recommendation of the government.

A Home Ministry spokesperson said here that a formal notification regarding their nomination to the Upper House would be issued shortly.

Hindu Existence Forum welcomes the decision of the Central Govt. and congratulates all the nominated members as well.

It is speculated that the inclusion of Dr Subramanian Swamy as RS MP will give a new strength in the Hindutva movement in India through the efforts in building Ayodhya Ramjanmabhoomi Temple, complete banning of cow slaughter, abolition of Art. 370 in J&K, bringing the black money from Swiss Banks, revitalizing Swadeshi economics and many other issues linked with Hindu future of this land.

Known for the tenacious pursuit of issues which appeal to him – from 2G scam, Ram temple in Ayodhya and opposition to Sethusamudaram project – and a veteran of many a legal battle, Swamy is considered also as favourite of RSS.

A devout nationalist Dr Swamy  performed as a professor in Havard University and has his reputation both in economics and law.

Dr Swamy is also the National Chief of his organisation Virat Hindusthan Sangam.