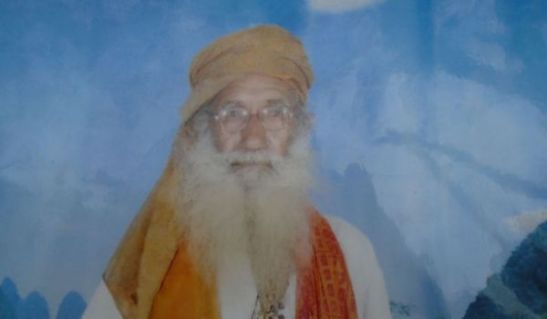 An old Hindu saint stabbed to death by Islamist lumpen in Gopalganj, Bangladesh.

HENB | Dhaka | April 25, 2016:: A Hindu priest died on Saturday (23/04), a day after he was stabbed by a local Islamist lumpen in Tungipara of Gopalganj. The deceased Hindu man eschewed his material association with his family life and entered into a life of sainthood for greater social service and emancipation.

The dead, Sadhu Paramananda Roy, 75, of Dakkhin Bashuria village under Kushali union, used to preach Hindu values according to scriptures to the people at different programmes in the area, family members said. He was a disciple of Thakur Rasraj Roy.

He was returning home on last Friday afternoon from a market near Gimadanga village. As he reached a bridge around 6:30pm, fanatic Shariful stabbed him in the abdomen and the right hand with a knife, the victim told his family members before his death.

Local people rushed him to Tungipara Upazila Health Complex, from where he was shifted to Khulna Medical College Hospital, said the priest’s grandson Mukesh.

As his condition deteriorated fast, he was taken to Dhaka Medical College Hospital where he died around noon on Saturday.

Police were investigating to find out whether Shariful had any link to militancy of any Jihadi group, said Shushanto Kumar, sub-inspector of the Tungipara police station.

Meanwhile, the priest was buried at his village home with the mournful attendance hundreds of his devotees. The ghastly murder of Sadhu Paramananda intensified a repercussion of the minority Hindus in the locality.

POST-SCRIPT: WILL MODI GOVT IN INDIA SURGE A PROTEST ON THIS GRAVE SITUATION OF HINDU MINORITIES IN BANGLADESH? AT LEAST WILL ISSUE ANY NOTE OF DESCENT TO BD GOVT! THEY HAVE NEVER BOTHERED FOR.

One comment on “Veteran Hindu saint murdered in Bangladesh by pro-Jihadists.”