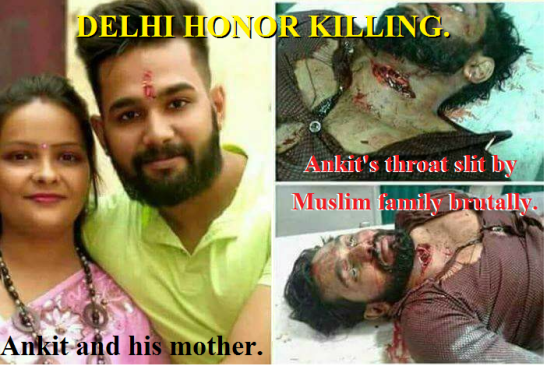 Where are the presstitutes, intellectuals, human rights activists, secular scoundrels who were shouting with the names of Akhlaq, Phelu Khan, Juniad or Afrazul?

Raunak Singh | HENB | New Delhi | Feb 2, 2018:: A 23-year-old Hindu youth was on Thursday stabbed to death by the Muslim family members of his girlfriend in the Khyala area of outer Delhi.

According to the police, the deceased, Ankit Saxena, was in a relationship with a 20-year-old girl. However, her family was against the relationship and had warned Ankit to end it.  The family members of the Muslim girl could not tolerate the Hindu young man Ankit in an affair with the girl, Shahajadi.

On Thursday night, when Ankit was returning home from his workplace, had an argument with the family of the girl after which her mother, father, brother and maternal uncle stabbed and slit his throat. And, Delhi saw the first honor killing in this year so far.

Passers-by caught the maternal uncle from the spot and thrashed him. Except the minor, all others have been arrested for murder.

“The motive behind the murder is clear as his purse and mobile were still on him. We have registered a case under Section 30 (punishment for murder). We are in the process of obtaining CCTV footage from the area, even as locals are being questioned,” said the police, adding that there could be other angles too to the murder such as a robbery attempt or personal enmity.

Ankit was a photographer while his girlfriend is a college student. They developed an affair over two and half year as their friends told. 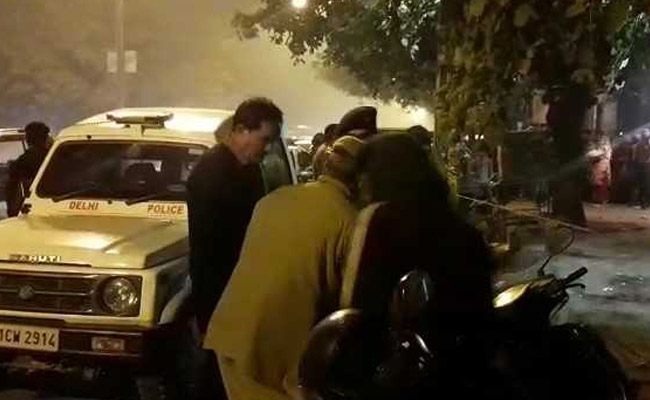 Ankit was on his way home from work when he was attacked by his girlfriend’s family, police said. Pic. NDTV.

Police is investigating the case to be sure on the motive of the murder made in a copy book ISIS style.

Please help us for the purpose of Hinduisation of  Secular media @ https://www.paypal.me/hinduexistence