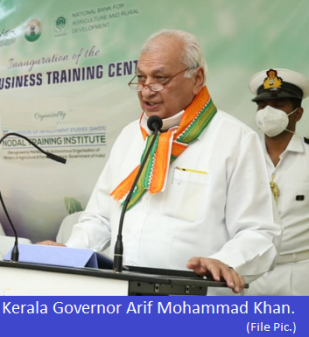 Governor Arif Mohammad Khan made remarks while inaugurating a school in Kalan town in  the district of Shahjahanpur of Uttar Pradesh.

He said Swami Vivekananda had said the purpose of human life is the attainment of knowledge, and humility is the result of knowledge. Sanatan Dharma is the future of India for its glorious prosperity.

Anyone who has humility cannot be looked down upon, he added.

Arif Mohammad Khan is a veteran statesman in India who is also reputed for his Islamic scholasticism and writers of many books.

__With inputs from Agencies. __Courtesy to the links used above.

This entry was posted on May 9, 2022 by hinduexistence in Hindu Advocacy, Hindu Awareness, Hindu Knowledge, Hindu Wisdom and tagged 'Sanatan Dharma' Principles is needed for India.