The Congress Standpoint: RSS is communal, Muslim League is Secular!

Muslim League an indispensable ally of UDF: V D Satheesan, the Leader of Opposition and Congress leader of Kerala. 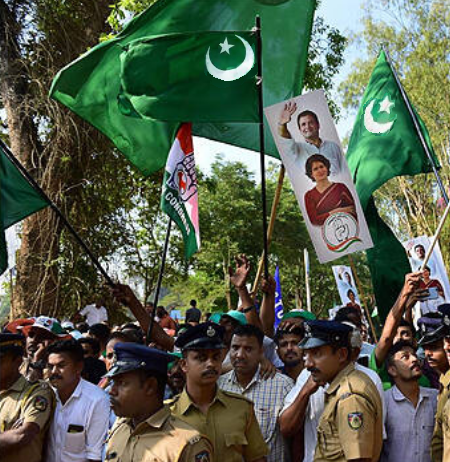 B Upendran | HENB | Kochi | Nov 11, 2022:: Coming out against CPM state secretary M V Govindan’s change in stance that the Indian Union Muslim League (IUML) is a secular outfit; Leader of Opposition and the Congress leader V D Satheesan said that IUML is an indispensable ally of the UDF and the intention of Govindan to create issues within the front through this move will not work out to devide the Muslim League and Congress unity in Kerala. However, the Congress in national level or in the state of Kerala always tried to depict RSS and BJP as communal forces so far.

“Govindan purportedly issued the statement targeting Muslim League to divert the public ire against the LDF government. They want to divert the public’s attention by creating a discussion on another issue. I am happy that Govindan finally corrected Chief Minister Pinarayi Vijayan who had stated that the League was a communal outfit,” Satheesan told reporters in Thrissur on Saturday.

League not invited to Left fold: Govindan
Kozhikode: CPM state secretary M V Govindan has termed baseless the reports that his party has invited the IUML to the LDF fold. He told reporters here on Saturday that the party has only noted the different stands the IUML has taken on issues such as the Vizhinjam agitation,  communalism, Uniform Civil Code and the role of governor. IUML has tried to correct the Congress on these issues. “CPM has welcomed only this stand,” he said adding that this cannot be interpreted as a move for a political alignment with the party. He said that all parties which discard right-wing ideology will be welcomed to the LDF.

In the 15th Assembly of Kerala there are 15 MLAs are from IUML and 21 from Congress in total 41 MLA strength for UDF in opposition, whereas LDF has 99 MLAs as the ruling side.