DAMN THE HINDUS, DAMN THE LAW—WE ARE SECULAR. 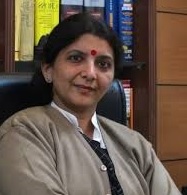 Monika Arora | Org Mag | New Delhi | Nov 9, 2015::  The Kerala House ‘beef curry controversy’ and the subsequent protest by Chief Minister of Kerala accompanied by Chief Ministers of other States have shocked the law abiding citizens of the country.

Kerala State Guest House served ‘beef curry’ in the canteen menu at its premises located in Delhi.  According to Oxford English dictionary beef means “flesh of cow, bull, or ox used as food”.

The Delhi Agricultural Cattle Prevention Act, 1994 enacted by the Legislative Assembly of National Capital Territory of Delhi clearly states that there is total prohibition of slaughter of Cows and its progeny in Delhi.

Hence, the beef curry included in the menu card of the canteen in Kerala House was illegal and police had every right to act on the complaint received from a resident of Delhi. The Kerala CM, Oommen Chandy called the raid as highly objectionable stating that Delhi Police had ‘overstepped’ their brief was itself illegal, and contrary to the letter and spirit of the oath taken by him of uphold the law.  In fact, all the Chief Ministers opposing the action of police had ‘overstepped’ their limits and contravened their oath.

Thereafter the second incident of a Beef party on the roads of Kolkata wherein beef was openly served and eaten on the road by a group of demonstrators is against law of the land.  Police again seemed to be helpless as usual and in captivity of such rogue elements who leave no opportunity to Damn the Hindus.

In the name of freedom to eat food of one’s choice, they were demanding freedom to insult Hindus.

And if any of these institutions or individuals will try to ask any question or protest, our secular brethren who have received Congress-Communist patronage for the last 60 years since Independence will return their awards, resign from their posts and create an atmosphere in the country that their legitimate secular voices were being throttled and curbed under the Modi Government.  They will further have their international co-conspirators advice Modi Government to be more tolerant towards the minorities in Bharat.

These bunch of people who have enjoyed the spoils of power under the Congress Government have indirectly silenced all sane voices.

Who will tell them that by eating beef in Public by collecting group of people and addressing the media, they have committed the following offences:

This pseudo-secular Jamaat has coined new phrases and meanings wherein freedom to eat means freedom to insult. Any reaction is propagated nationally and internationally as intolerance under Modi Government. And the new tag line being Damn the Hindus, Damn the law, we are Secular.

One comment on “Those Insisting on Eating Beef Want ‘Freedom to Insult Hindus’: Adv. Monika Arora in Organiser.”