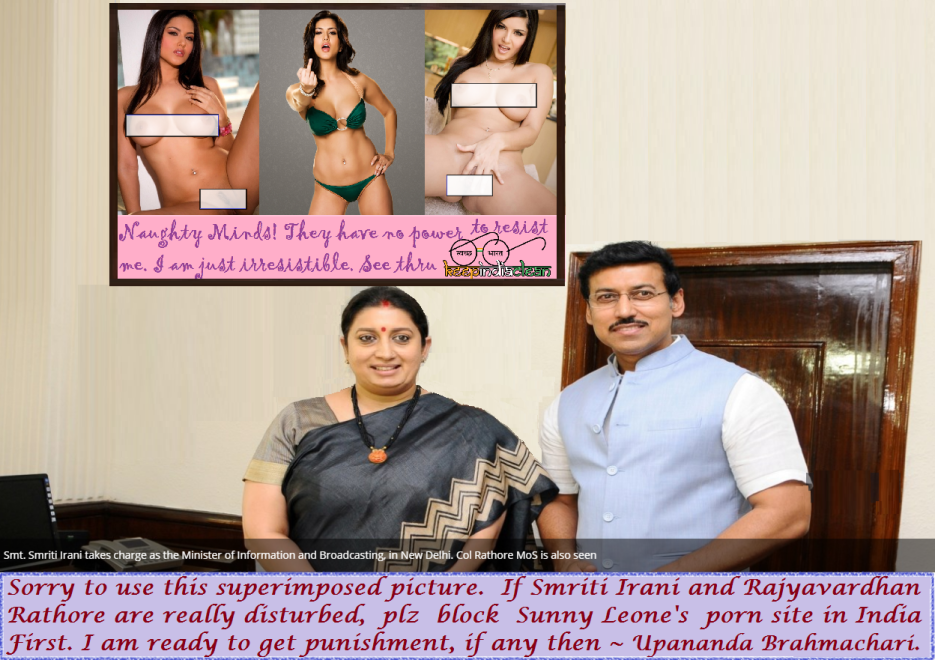 Some documents in this connection have also been attached with the complaint with a demand that action should be taken against Sunny Leone and persons helping her in this regard. Ill effects of this website is increasing day by day and the new generations are being demoralized and exploited by the culpable site. Sunny Leone, originally from Canada and acting in pornographic films there, has also been working in Indian film industry as ‘Sex bomb’ since last few years. As, there is no place for open, illegal and immoral sex relationship in Indian culture, Sunny is doing her best to challenge the value based society in India.  Such indecency is creating bad impact on society, shockingly on the youths and new generations in particular.

A spokesperson of Ranaragini told HENB, “Presently, we have a Government that respects Indian culture; therefore, we are sure that the Government would take action against this website”. The same demand has also been reflected in the complaint.

Actually, Hindu Janajagruti Samiti and its women’s wing Ranaragini have been protesting over last two years against the vulgar site of Sunny Leone and demanding a ban on it. If any one search in HJS site on Sunny Leone, more than 130 search results come one after another [See here: https://www.hindujagruti.org/?s=sunny+leone ]. As a matter of fact HJS and Ranaragini lodged more than 100 FIRs in different Police station in five/six states without yielding anything. Once police stopped a function of Sunny Leone at Jalgaon in May 2015. The Hindu Existence Forum also raised its voice time to time to ban Sunny Leone’s site and deport her from India.

But, it is strange that Central Govt in Ministry of Information and Broadcasting or the Ministry of Law and Justice are taking no cognizance on the allegations made rightly on a very important and sensible issue. Interestingly, the Central Govt. has blocked 1331 ‘anti Indian’ URLs including 596 websites+ till June 2017 in last three years for flaring up ‘anti – Indian sentiment’. But, Leone’s site is untouched though it discerns strong message against Indian culture and sentiment in the wrap of obnoxious and objectionable materials.

We don’t know Smiriti Irani or Rajyavardhan Rathore, two ministers in Ministry of Information and Broadcasting and high profile BJP youth icon as great fans of Sunny Leone! Then what is the mystery behind promoting Sunny Leone in Indian market through her porn-site?

Here, I must beg apology to Smiriti and Rajyavardhan for using  their superimposed picture on top with vulgar pics of Leone. If they are really hurt, they should block the website of Sunny Leone in India immediately. Then they may punish me accordingly. I am ready to bear it.