HJS Media | Prayagraj (Kumbh Nagri)  | Feb 2, 2019::  Various programs are organized by Saints and devotees with lot of enthusiasm of all ‘aakhadaas’ in ‘Kumbh Mela’. Even then, Christian missionaries have started distributing copies of Bible; trying to convert Hindus. VCD giving information on Bible is telecast through social website called ‘Bharat Punarutthan’ and its information is given on ‘Punjabi Christian Gold’ channel.  It is clearly seen that 4 Christian missionaries are telling Sadhus and devotees that ‘Bible is superior to Geeta’.

Twitter account of ‘Bharat Punarutthan’ gives information on the manner in which Christian missionaries are distributing Bible copies and converting Hindus. Many people have opposed to Christians on ‘Twitter’.

1. Shri. Kartikbabu Kuttin : One can realize on watching the video that Christians are converting Hindus.

2. Archi : ‘Kumbh Mela’ committee should not allow Christians and Muslims in ‘Kumbh Mela’. A Christian woman had mixed poison in ‘prasad’ at a temple in Karnataka which led to death of 18-19 Hindus. Police should be immediately informed about Christian missionaries.

It is shameful that BJP Govt. has to be told to take action against Christian missionaries ! 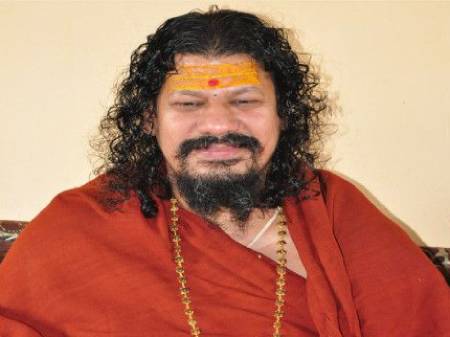 Parashuram Parishad will always be ready to stop Christian missionaries if they are distributing copies of Bible near Airavat Gate in ‘Kumbh-Mela’. Nobody can distribute Bible in Sanatan tradition. Sadhus-Saints will promptly come on roads to take stringent action against those who distribute Bible copies. I shall also join them, stated Sri Sri 1008 Mahamandaleshwar ‘Pujya’ Kailashananda Brahmachari Maharaj of Shri ShambhuPancha Agni Akhada on 25th January while answering query posed by representative of ‘Dainik Sanatan Prabhat’.