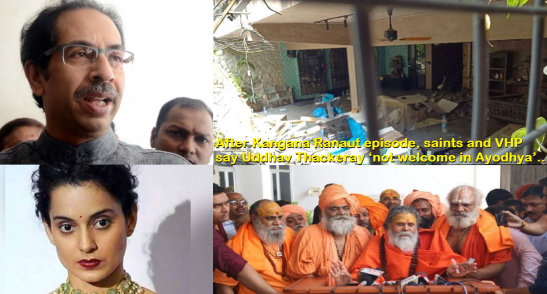 Shiv Sena loosing the Hindu support very fast. They are being exploited by NCP-Cong ploy… 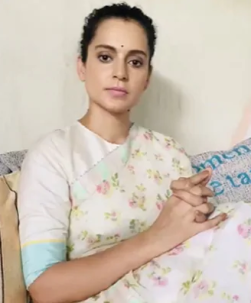 Upendra Bharti | HENB | New Delhi | Sept 11, 2020:: After Kangana Ranaut episode comprising threat to the Mumbai  actress cum filmmaker and demolition of her allegedly unauthorized office building at Bandra West area in Mumabi by BMC; Hindus and Hindutvawadis are distancing rapidly with the once Hindutva party Shiv Sena in very speeding way. Kangana wanted to expose the Drug Mafia Raj in Mumbai Film Industry connected to the mysterious murder of Sushant Singh Rajput and point of time Kangana over-exposed herself by calling Mumbai as like Pak occupied Kashmir. Those turned as political elixir for BJP to pour a new life of the party both in Bihar and Maharashtra. And under the Jihadi spell of both Congress and NCP, their ally Shiv Sena is misunderstanding and misinterpreting the Hindutva politics for which Bala saheb Thackery established the party in 1966.

In the pretext of Kangana episode, now, the Vishva Hindu Parishad (VHP) and saints of Ayodhya have declared that Maharashtra Chief Minister Uddhav Thackeray “is no more welcome in Ayodhya” after the treatment meted out to actress Kangana Ranaut.

He added, “The Maharashtra government acted without wasting any time against the actress. But the same government is yet to take action against the killers of two seers in Palghar.”

Sharad Sharma, the regional spokesperson of VHP, said that it is evident that the Shiv Sena is “deliberately targeting the actress because she is supporting nationalist forces and has raised her voice against drug mafia of Mumbai”.

He further accused the Maharashtra government of acting with malafide intention against the Queen actress.

Meanwhile, Ayodhya Sant Samaj head Mahant Kanhaiya Das said the Maharashtra government is protecting those who are involved in anti-social activities. He further warned Uddhav Thackeray against coming to Ayodhya.

“Now, Uddhav Thackeray is no more welcome in Ayodhya. Why is the Shiv Sena is attacking Ranaut? Everyone can understand. It is not a mystery. The Shiv Sena is not the same what it used to be under Balasaheb Thackeray,” Mahant Kanhaiya Das said.

It remains a fact that after the demise of Bala Saheb Thackery, BJP wanted to capture the Maharashtra Politics in which they had a secondary role in Hindutva Politics as stake-holder under the shadow of Shiv Sena. And it is also true that Uddhav progeny was not such powerful like Balasaheb in any comparison.

The tussle for capturing the power of Indian financial capital, Sena and BJP both showed their uncompromising way of settlement where the dream of Bala Saheb was damaged down with the uncanny alliances of BJP’s Devendra Fadanvis and NCP’s Ajit Power (for ousting Shiv Sena from Power) and that was finally shattered down with the trajectory  tie up of NCP-Congress with Shiv Sena in a very dangerous dimension.

The Kangana  episode is unfortunately dividing the Hindu Society in Mumbai and Maharashtra a very drastic way. It is not that only Hindu sadhus of Ayodhya are sending a hard message to Shiv Sena or a mere debate between Kangna Ranaut and Sanjay Raut so far enjoyed by Amit Shah and other BJP leaders; it’s a ground reality that the BJP minded Hindus are preparing to attack Shiv Sena People in many places and the vice-versa. But, actually Hindutva minded people want a big unity betweeh BJP and Shiv Sena again as a gain. 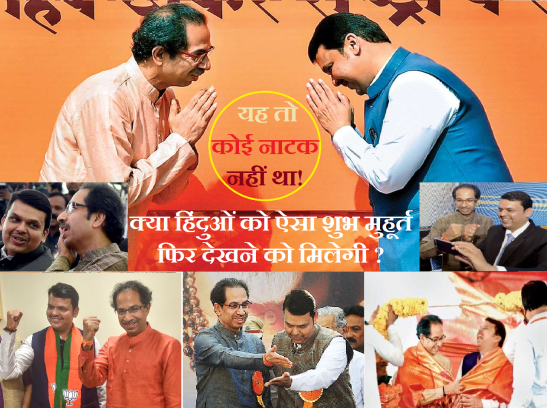 The created situation is looming larger as the supporters of both Sena and BJP are loosing their sense of decency as BJP supporters are calling Shiv Sena as “Babar Sena” and Shiv Sena are calling BJP as “Biggest Joomla Party.”

Undoubtedly, this divide between Hindu society is not desirable at all and it is very much detrimental to the Hindutva Politics from all angels. This divide in the Hindu vote bank in Maharashta will supply the oxygen to the NCP-Congress alliance in Maharashtra.

As, BJP has its doubt on the ideology and performance based politics, they are fanning the flames of Kangna Ranaut to capture Bihar first and then Maharashtra later.

But, what is true as the broad daylight, Kangana Ranaut issue has splitted the Hindu unity in Maharashtra and shiv Sena is loosing its Hindutva bastion very fast.