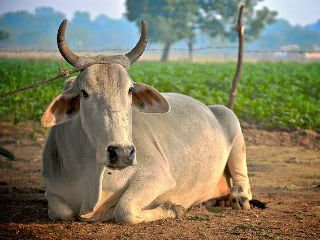 Upendra Bharti | HENB | Guwahati | May 23, 2021:: According to the promises as made in the election manifesto, the BJP Govt in Assam is advancing to materialize all its Hindutva agenda one by one.

The Assam government is expected to introduce a cow protection bill in the next Assembly session, Governor Jagdish Mukhi said while addressing the Assembly on Saturday.

“We all revere and worship cows. It is considered a sacred animal as it nurtures us through life-sustaining milk. In fact, it is an example of one of the divine bounties present on earth,” Mukhi said.

The proposed bill envisages imposition of complete ban on transport of cattle outside the state.

Mukhi said the government would adopt a zero-tolerance policy and enforce stringent punishment on offenders.

“Once passed, Assam will join other states which have passed similar bills,” he added.

The governor also said a task force would be formed to protect the satra properties.

“The government will remain committed to strengthening the namghars (prayer halls) and protecting the rights of the satras. A task force will be constituted to recover the lands of the satras and places of worship from illegal encroachments,” he said.

On the basis of assembly election result as declared on May 2, BJP won the clear majority and Dr. Himanta Biswa Sarma sworn as the Chief Minister of Assam, who is popular for his straight forward message to public and his Hindutva stand point.

Earlier, BJP Govt in Assam abolished the Madrassa schools under govt control and merged them into general school board. Now, BJP Govt in Assam is also contemplating a strict law against the menace of ‘Love Jihad’ for which a good number of Hindu girls and women in the state are being victimized by Muslim love rackets since a long.