Hindus are deadliest victims of Islam in Pakistan.

Inside Pakistan under great Islamic regulation….

Crime and Violation of Human Rights perpetrated against Hindu Minorities and others all time high in Pakistan. 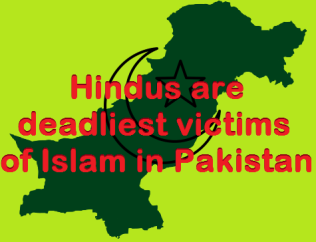 Upendra Bharti | HENB | New Delhi | Nov 10, 2022: What is the serious human rights violation for the minority Hindus in Pakistan. Silently, the vulnerable minorities are being persecuted, abducted, killed, raped, forcefully converted, uprooted… all under an Islamic conspiracy for the ethnic cleansing of marginal Hindus.  The details of such Islamic treatment for the non-Muslims in Pakistan are mostly unknown to the rest of the world.

The Amnesty International, Human Rights Watch, UN Human Rights, Human Rights Campaign and other watchdogs just simply indulged into the horrible rights violation in Pakistan for the minority Hindu-Sikh-Christian-Ahmadiya as they all get good donations from the Arab world and sanctify the Islamic insanity upon minorities in Pakistan. 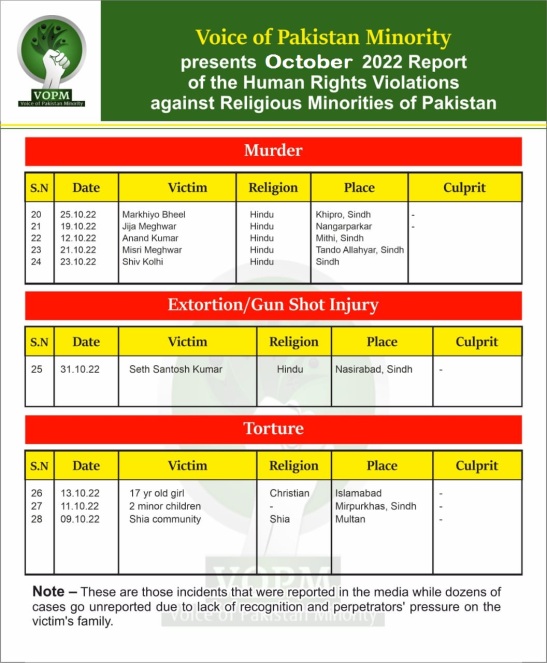 The agency VOPM declared that they covered only incidents so far published in the media. But, there are dozens of such cases in a month unreported.

In his memorandum, activist Mahesh Basu mentioned cases like marriage of minority Hindu women at gunpoint, drugged to gang rape, up side down-hanged-stripped off naked and gang rape, abduction for sexual exploitation, rape on Sikh boy, poisoned to death, body of Hindu woman desecrated in crematorium, firing on Hindu houses on Diwali festival, encroachment of Hindu graveyards and so on.

It is unknown that where from the Muslim perpetrators in Pakistan get such inspiration to spew the venom of hate and accumulate the energy to lash crime in such varied ways against non-Muslim minorities there,

Hindus are deadliest victims of Islam in Pakistan along with minorities of other faiths as Jihad against Kaffir people is perpetuating there. And the whole word is seeing it with all possible indulgence to praise Islam as a Religion of Peace.