Madrassas should be barred from teaching in Urdu, Arabic: Shiv Sena. 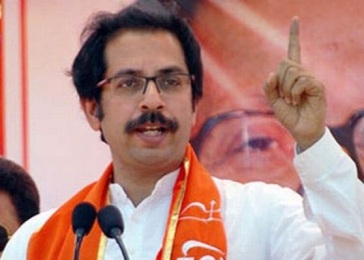 PTI |Mumbai | January 24, 2016:: Asking Prime Minister Narendra Modi to take a cue from UK government’s warning that migrants on spousal visas who fail to speak English may face deportation, Shiv Sena on Wednesday said that madrassas in India should be barred from using Urdu and Arabic as medium of instruction and they should be replaced with English and Hindi.

The ruling ally also took a swipe at the Prime Minister and his ministerial colleagues, saying while they might succeed in getting investments into the country by touring other nations, from where would the courage come to fight enemies within the country.

The party also said that the government should show courage and bring in the Uniform Civil Code and start the construction of Ram Temple in Ayodhya.

“The British government is not wrong in thinking that Islamic State militants use uneducated Muslim women to propagate their ideas. Prime Minister Narendra Modi should take cues from the British government,” the Sena said in an editorial in its mouthpiece ‘Saamana’.

“India will benefit if the government can show courage like British Prime Minister David Cameron and bar madrassas from teaching in Urdu and Arabic and instead impart education in English and Hindi languages,” it opined.

Notably, the UK government had recently warned that migrants on spousal visas who fail to speak English may face deportation, as it announced a new 20 million pound fund to improve the language skills among migrant Muslim women.

“Not only our PM, but other ministers and politicians keep visiting foreign nations and talk of bringing industries, trade, talent, culture to India. We will eventually succeed in it, but from where we will get the courage to fight the enemies within the country,” the Sena asked.

Cameron on Tuesday unveiled plans for tougher new English language requirements to prevent segregation of members of the Muslim community.

New rules will mean that from October 2016, migrants coming to the UK on a five-year spousal visa with poor or no English skills will have to take a test after two and a half years to show they are making efforts to improve their English.