How Sita lost her faith and family.

A Hindu activist talks to Lakshmi about her daughter’s disappearance at her house in a village near Mirpurkhas, Sindh.

How Sita lost her faith and family….

Sara Farid | Dawn Blog | Karachi | May 9, 2017::  Sixteen-year-old Sita was picking cotton in the fields of Darshi Kohli near Samaro, Sindh. Like many other Hindus in rural Pakistan, she along with her parents worked on land owned by a Muslim family. Her family has been working as farmers since generations.

While this seemed like any other day, it was one which would change her life forever.

Out of nowhere, a group of armed men stormed towards the family. Two men held Sita’s mother, Lakshmi, and her father, while a few others forcefully took Sita with them.

Reliving the dreadful day two years later, Lakshmi says, “They belonged to the Khashkheli tribe from a nearby village” — the same tribe who owns the land on which she and her family continue to work.

“We could not stop them and watched our daughter taken away right in front of us. It is so cruel,” she laments.

Lakhsmi’s younger daughter, Rani, inside her house in a village near Mirpurkhas.

Sita’s parents rushed to the police and managed to get a kidnapping case registered.

Finally one day, they got a phone call from their daughter. A frantic Sita told them that she had escaped, furthering instructing them about where to pick her. Earlier that day, when her kidnappers were away in the fields, the young woman had managed to escape under the guise of fetching water.

The family breathed a sigh of relief. The worst, they falsely thought, was over.

Subsequently, Sita’s kidnapping case was presented in the court. Over the next 40 days her family took her for court sessions in Umerkot twice.

After the first hearing, while members of the abductor’s family were also present in the court, Sita’s family was approached by an intermediary from the Khashkheli tribe who threatened them to drop the charges.

Determined to pursue the case, the complainants did not back off. They showed up to the second court hearing at a later day.

Sita, her brother and uncle were riding back from the hearing in a rickshaw when masked armed men attacked them. “They started firing upon us,” says Lakshmi. In the firing, her son got shot in the arm and husband’s younger brother got shot in the shoulder.

Before their very eyes, the men grabbed Sita as she continued to scream and yell. They tied a cloth on her face and took her away a second time, with her family unable to resist yet again.

The parents were back to square one. They filed another case of kidnapping and rape with the police. Soon enough they found themselves back in court.

Sita was present for the hearing this time around too, but she was with the Khashkeli men instead of her family. The men had a clear message for Lakshmi.

“Your daughter has converted to Islam and is married in the family,” she was told.

Just outside court premises while her kidnappers stood by her, Sita sternly asked her mother to drop the case and forget about her.

A shocked Lakshmi saw the helplessness on her daughter’s face. Clearly, Sita did not want her family to continue struggling.

Lakshmi and her husband have four younger daughters and three sons. Defeated, and realising the gravity of the threat, they stepped back.

They have not heard from Sita ever since. 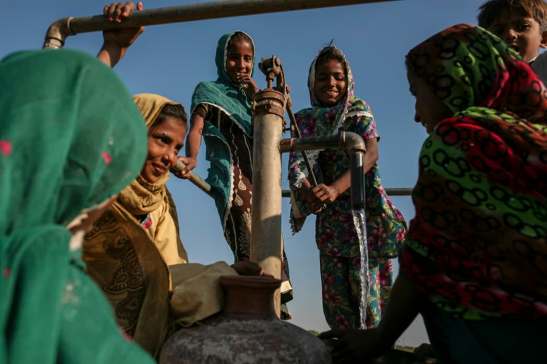 It is difficult to retain the smiles of Pakistani Hindu girls and women under the continuous threats of Islamist elements.

With despair and pain in her eyes, Lakshmi carries out her everyday chores. “I feel so lost. Sometimes I feel I have lost my mind. Now we have to protect our other girls and we want to be left alone,” she says.

Fourteen-year-old Rani hardly speaks out of terror. Frustrated, the only thing she says is that her sister will never come back.

Other families in Darshi Kohli and nearby Hindu communities are similarly terrified and angry. No one wants to discuss the incident.

Lakshmi’s relatives encourage her not to speak to activists and journalist about the abduction. They are worried for the safety of the rest of the girls. Out of fear, Lakshmi and her husband, like many other families in the village, are considering migrating to India. 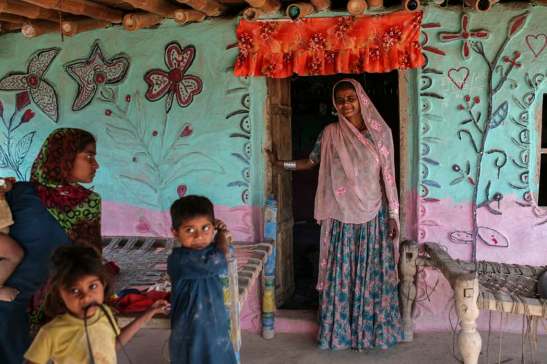 Hindus in Pakistan are no longer able to protect their daughters and the way out for them is to migrate to India.

“Many Hindu families have migrated to India from our village due to threats. The Muslims in this area tell us we are a minority and also that we are infidels… If we go to the courts, the judges there are also Muslims; so is everyone in the police. There is no one to hear our voice. Me and my family are prepared to leave Pakistan. I just got our passports and obtained visas. Until there are laws to protect us we do not have future in this country,” says Parak Khan, another Hindu farmer.

“The feudal are influential people and they are crushing and exploiting the Hindus who are poor and work as farmers on their land,” says Nawal Rai, a Hindu social activist in Umerkot.

“Everyone around us who is in authority is a Muslim. Who will want to save us from trouble?” asks Sampa, an elderly woman in Krishan Kohli village near Mirpurkhas.

Sampa, whose family has owned land over generations, is now forced to consider leaving the country. “Last month we got passports made for the entire family and we are considering going to India. If the situation improves for us and our girls, we will never want to leave.”

Speaking on the matter, Dr Ramesh Kumar Vankwani, a PML-N MNA says, “It is so unfortunate that our Hindus are leaving Pakistan and are forced to go take refuge in India. There is lack of political will in Pakistan and especially in Sindh to pass the bill on Hindu forced conversions. There are pressures from religious groups. The Hindu families are vulnerable and desperate. They are no longer able to protect their daughters and the way out for them is to migrate to India.”

Abduction of teenage Hindu girls and their forced conversion to Islam is an ongoing issue in Pakistan — and especially in Sindh province.

Growing up girls in the community are made aware of this danger. As soon as the girls are eight or nine years old, they are instructed on how to be ‘careful’ while working in the fields or fetching water.

“Our mothers tell us not to go near Muslim villages, and to never to make eye contact with any Muslim man,” says 10-year-old Kavita.

The Hindu families are highly vulnerable in Pakistan.

According to a 2015 Aurat Foundation report, every year nearly 1,000 girls from minority religions are forcefully converted to Islam in Pakistan. The report states that wilful conversions do take place but there is no doubt that forced conversions are a reality.

Upon much protests by minority activists, the Sindh Assembly passed a bill that criminalises forced religious conversions and forced marriages in November last year. But this too led to much controversy and, was labelled as “anti-Islam” by hardline religious groups. “The religious leaders are objecting to the age limit. They say anyone can be converted to Islam at any age and there should be no age limit stated in the bill. We are being pressurised by a group who are not represented in the assembly and who are just a few percentage of a total population. We say that let this bill take its due course and become a law and then we can discuss amendments,” Majida Rizvi, director of the Sindh Human Rights Commission had observed.

The Sindh government decided to review the bill in December last year, and early this year, the bill was returned.

All photos are by the author.

Sara Farid is an independent photojournalist based in Islamabad who has traveled across Pakistan to report on human interest stories. Her work is published in national and international papers and her photos have been exhibited in Pakistan and other countries. She covers news, daily-life and humanitarian issues with a focus on marginalised and displaced communities. Follow her @sarafarid.