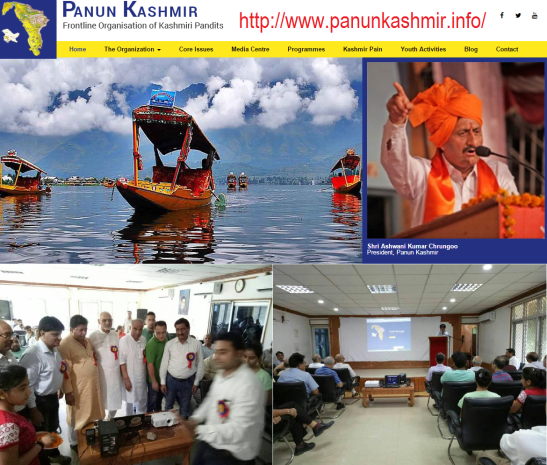 In his speech, Shri Ashwani Kumar Chrungoo, President, Panun Kashmir told HENB that “Almost the entire Hindu population was expelled from Kashmir in 1990 by the fundamentalist-separatist-terrorist combine for their beliefs. The organization also believes that Hindus in Kashmir and Jammu have been discriminated against by Kashmir centric political leaders since 1947, and that Hindus have been neglected at the expense of appeasement of Muslims due to Article 370, and various policies instituted by different Indian governments. The indigenous people of Kashmir – the Kashmiri Pandits have an inalienable right on the territory of Kashmir and are thus the first and primary stakeholders to the land of Kashmir. They are the victims of the Muslim Majoritarianism since the dawn of the 20th century and have been heavily discriminated against by all the successive governments in Kashmir since 1947.”

Shri Chrungoo hopes that the present website www.panunkashmir.info of Panun Kashmir will be an useful tool to address and resolve the issues of Kashmiri Hindu people effectively.”This website will help the displaced Kashmiri people for their demand for a Home Land in Kashmir”, Chrungoo says.

Sri Upananda Brahmachari, the Hindu interlocutor and the Editor of www.hinduexistence.org has welcomed the initiative of Panun Kashmir and wish a great success of www.panunkashmir.info .