The spiritual voyage of Shawn Mendes explored in Hinduism with Yoga, Meditation and Bhakti.

Shawn Mendes reveals he has been exploring his spiritual side which has involved meditation, yoga, Bhagavad Gita and studying Hinduism. 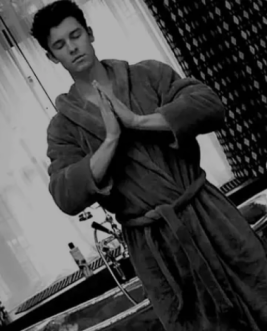 Mendes has recently shared his thoughts on how embracing spirituality has changed his life. While appearing on the cover of the March issue of ‘Billboard’ magazine, the singer and songwriter opened up about his spiritual journey in the recent interview. “I hit a low point a few years ago,” Shawn, who split from longtime girlfriend Camila Cabello last year, admitted. “I think everybody has a moment where they just decide it’s time to kind of do something different.”

The Canada native went on to tell the media outlet that spirituality is ‘a part of my life that is much bigger than I actually even let on.’

Shawn detailed how his study of spirituality had evolved over time, beginning with meditation to reading religious texts.

And he has also done an in-depth exploration of the Bhakti movement in Hinduism.

The pop star has spent every Thursday for the past year meditating and discussing scriptures including the Bhagavad Gita with Think Like A Monk author Jay Shetty.

During a recent trip to Hawaii, Shawn and with Youtuber Hitomi Mochizuki were  spotted participating in the shamanic ritual Rapé, which is used to cleanse oneself of negative energy.