Ayodhya: Twenty years on, a refusal to see the truth of Ramjanmabhumi. 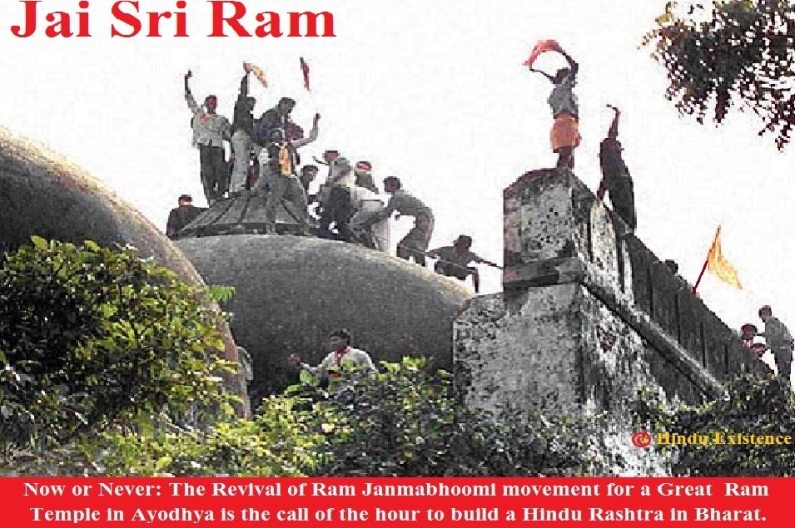 Ramjanmabhumi: Twenty years on, a refusal to see the truth 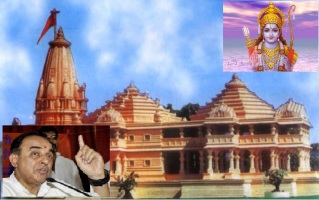 1 DEC 2012  | New Delhi  | Daily Pioneer ::  The pseudo-secular narrative has triumphed on the Ram Janmabhoomi struggle which climaxed twenty years ago on December 6. The tragedy is that all the blood and gore could have been avoided through a negotiated settlement

On December 6, 1992, a superstructure called the Babri Masjid standing in the city of Ayodhya, came crashing down. It remains even today a traumatic event for the nation, because modern Indians have not yet been weaned on a true history of India, and hence a large section of our educated classes still view the destruction of the structure as criminal vandalism. What happened exactly? There was a superstructure built on the site of an ancient temple after demolishing it. That was the real vandalism.

Two years earlier, by a coincidence, on the same month and day, I had met representatives of the VHP and BJP at a house, next door to mine, on Mathura Road. The newly sworn in Prime Minister, the late Chandrashekhar, had asked me (I was then his newly sworn in senior most Cabinet Minister) that as the new Union Law& Justice Minister, I should talk to them about withdrawing their proposed nation-wide stir slated to begin on December 9, 1991 for building a Ram temple at the site the super-structure had then stood in its gloomy glory. He told me to assure the VHP that our government would get removed the Babri Masjid with the consent of Muslim leaders through discussions.

The VHP and BJP leaders I met readily agreed to call off the stir since we were a new government. Their decision to go on a stir was taken when VP Singh was in power – his government fell in November. Thereafter, in January 1991, talks initiated by Chandrashekhar himself began with the Muslim leaders. Unfortunately, despite the zig-zag progress in the talks, our government did not last long enough to fructify it. Had history taken a different turn and our government lasted for a year more, I am confident we would have amicably liberated the Ranjanmabhoomi for building a befitting Ram temple, that too with the consent of the Muslim community, even though the Government was in the minority in the Parliament.

From my personal experience as a Minister in a minority government, I can therefore say that lack of majority is no excuse for implementing any agenda, if the leadership had the mindset to get things done. As a Minister of Law &Justice, for instance, I got the controversial Sessions Judge of Faizabad, KM Pandey, a High Court judgeship, despite the fact that the previous V.P. Singh’s “three-legged” government had issued orders on file that since Pandey had directed the locks on the so-called Babri Masjid be removed in 1986, he should never be made a High Court judge.

Mulayam Singh was our Chief Minister of UP, but with firmness I got his protests sufficiently moderated to his permit me to go ahead. He cooperated because he knew I would do it anyway– make Pandey a judge of the High Court-and hence he acquiesced since he wanted other things done for him by me,. The same clarity enabled the Chandrashekhar government to get Saifuddin Soz’s kidnapped daughter freed without releasing any dreaded terrorists. There are methods for doing that-mostly based on retaliation. In each case it is the mindset of those elected to high office that matters, not the size of the parliamentary majority or lack of it.

It was this mindset that enabled the Chandrashekhar government to nearly solve by an agreement the question of building of a Ram temple in Ayodhya. However, the government however fell before it could be clinched. But could the Babri Masjid have been demolished in a more legally authorised way? Hindus should not be defensive in the face of an onslaught by the fashionable secularists about removing mosques built on where temples had once stood, because the Supreme Court has held in the Faruqui vs. Union of India case [(1994)6 SCC360], that a masjid is not an essential part of Islamic theology, and these can and have been be demolished for public good.

Saudi Arabia, Pakistan, and even in British-ruled undivided India, Masjids have been demolished to facilitate roads. The government of Saudi Arabia did not think twice before demolishing the Bilal Masjid in Mecca where Prophet Muhammed used to read namaz. A masjid, like a church, is not a religious place in the sense a temple is. Masjids and Churches are places for worship, i.e., buildings which serve as facilitation centres for namaz and prayer. Namaz can be read anywhere even on a railway platform. In the United States, the VHP buys disused Churches and converts them into temples, and yet no Christian there objects.

But temples, once it is shown that a prana prathista puja has been performed to build it, is where God or deity resides, and belongs to God forever. As Union Law&Justice Minister in 1991 I got our government legal team to prove this to the satisfaction of the House of Lords in Britain, to bring back a Nataraja statue taken from a disused Thanjavur temple. It was at Rajiv Gandhi’s request I took interest in the case!

Of course, because of this fact about masjids and churches, no one in a democracy has the right to take the law into his own hands to demolish them. But on the other hand, a government can remove in a legal and orderly way the masjids in Ayodhya, Kashi, and Brindavan (this mention is supposed to be Mathura as the birth place temple of Lord Krishna – Ed. HE), in fact in 300 other places, to rebuild the original temples under law. We can get Muslims to cooperate in this. I am confident of this. Babri Masjid was built as an affront to Hindus. Otherwise it could have been built anywhere else since namaz can be offered anywhere. Hindus have however prevailed because despite 800 years of Islamic and 200 years of Christian domination, Bharat today is still over 80 per cent Hindu and a continuum of an ancient civilisation. Hence, now we must resolve to rectify what is essential to rectify and reclaim. For that, the restoration of three holy sites, in Ayodhya, Vrindavan, and Kashi, is necessary. Patriotic politicians must resolve: Come our way or go the highway.

But it is easier said than done to expect that politicians would do or die for it. As our rudderless democracy has drifted, we are today in a “match-fixing mode” even in electoral contests. In Tamil Nadu, the DMK and AIADMK are bitter enemies, but in most crucial constituencies, a match-fixing arrangement for money have been worked out for decades between Sasikala of the AIADMK and Arcot Veerasamy of the DMK, who are alter egos of their respective top leaders, and determined to keep out the Hindutva forces from Tamil Nadu.

The same match-fixing disease has spread to other parties nation-wide. We have to cure it before it completely debilitates and destroys our democracy as it has done in Banana Republics of Latin American countries such as Colombia and Peru.

The reluctance today to confront and expose the anti-Hindu personages in Parliament, academia and media because of this disease of “match-fixing”. It is said that such attacks would be “personal” and “counter productive”. There is however nothing “personal” in such directed and organised attacks. Just as the world focused on Hitler or Mussolini, without thinking of it being personal, therefore we should identify and expose especially the person who today has emerged as the fountain head of the anti-Hindutva campaign.

But we cannot prevail in this struggle, if we have in our midst those suffering from the “Arjuna virus” as-the late Swami Chinmayananda once pointed out, referring to Arjuna’s initial reluctance to fight at Kurukshetra. The Babri Masjid legacy is that virus we still have to cure twenty years later.

(The writer is President, Janata Party | writer can be reached at swamy39@gmail.com | Courtesy: Daily Pioneer)

One comment on “Ayodhya: Twenty years on, a refusal to see the truth of Ramjanmabhumi.”