After Samson Leela’s step down, Pro Vatican, Anti Hindu, Ultra Secular Leela group of 9 resigned from CBFC. But they should be shown the doors much earlier. 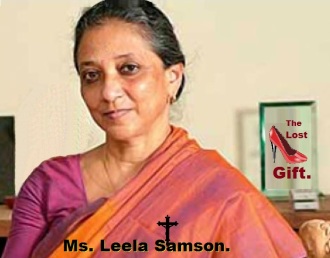 In their resignation letter written to the Information and Broadcasting Ministry (I&B Ministry), the members said they wanted to step down because the government was not allowing them any autonomy.

“It is our firm position that given the cavalier and dismissive manner in which the CBFC (Central Board of Film Certification) is treated by the government, it is impossible to perform this duty with even a modicum of efficacy or autonomy,” they said in their  resignation letter.

CBFC is a statutory body under I&B ministry regulating the public exhibition of films under the provisions of the Cinematograph Act 1952. Films can be publicly exhibited in India only after they have been certified by the CBFC.

It is told that being  frustrated out of interference the nine Pro-Leela members of CBFC quitted.

The members also alleged that the ministry had filled up the advisory panel with “people with questionable credentials” without heeding the recommendations of the board.

Samson’s term had expired last September but it was extended on a temporary basis every three months since then.

“There was total interference on every film, big and small. A lot of pressure was put on the film PK through various fundamentalist organisations and through panel members of the board to cut scenes,” said Samson.

The group above tried to have a permission of  I&B Minister to lodge a case against a poster originated in facebook and went viral sometime. However, there was no positive response from the concerned Ministry against the poster so far as reports came in.

Hindu Retaliation against CBFC Chairperson in ‘PK‘ matters. (from facebook).

The government had, however, refuted her charges of interference and asked for evidence.

“The chairperson talks about coercion, we as the government would like to see that SMS, or a letter where she or any other member has been coerced.

Then we would take appropriate action,” minister of state in the information and broadcasting ministry Rajyavardhan Rathore had said.

Experts says that this crisis can be avoided if the present BJP Govt would drive out all these pro-Vatican, anti-Hindu morons from CBFC much earlier than their resignations.

One comment on “Ultra Secular and Anti Hindu members resigned from Film Censor Board alleging high pressure from Hindu groups for ‘PK’ and central interference.”