Faking Christian missionaries are targeting every component of Hindu Culture and Life. 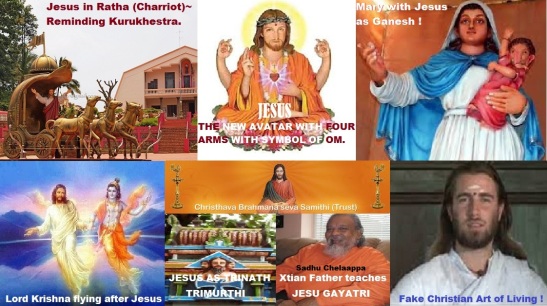 BR HARAN | HJS | Chennai | 25 January 2015::   Religious conversion has been a subject of dispute for ages and the Church has been well-known for conversion activities to spread Christianity throughout the world in its pursuit of souls for harvesting. It mostly follows the strategies of allurement and pressure to convert the people following other religions.

However, the most potent weapon in its armoury has been inculturation.

The Church uses the process of inculturation with an aim to adopt the well-established Hindu cultural practices to confuse, corrupt and change the minds of the gullible masses.

The Church, which focused on harvesting Scheduled Castes and Most Backward Classes in the beginning, has also started concentrating on the upper echelons of the Hindu society. The days of boasting that “All are equal in the eyes of God” are over. Now they target each and every caste and convert them. The employees in media houses, workers in cinema and small-screen industries, and Hindus working in Christian institutions have become vulnerable to conversion attempts. Of late, special attention is being shown to the Brahmin community. ‘Sadhu Chellappaa’ is a notorious figure attired in saffron, started a dubious outfit called ‘Christian Brahmin Seva Samiti’.

His modus operandi is distortion of Hindu scriptures to advance Christianity. He says he became a Christian as per the Order of Jesus and travelled throughout the state converting thousands of Hindus to Christianity. He became a full time evangelist in 1974 and founded the Agni Ministries. Since 1982, he has been running a Tamil monthly magazine, “Agni,” for Tamil people worldwide.

Sadhu Chellappa’s ‘Agni Ministries’ (AM) are governed by “Evangelical Action Team of India” (EATI), founded by him in 1980 in Coimbatore. EATI concentrates on conversion activities in the guise of services in Education and Health. The main objective of EATI and AM is to Plant Churches and Harvest Souls, for which purpose they recruit Pastors and Evangelists and conduct training courses for them.

Sadhu Chellappaa audaciously claims, “Diwali, the festival of lights, is a Christian Festival; Animal Sacrifice is a Christian culture adopted by Hindus and Gayatri Mantra actually glorifies Jesus. The Vedas, the ancient Indian sacred writings had anticipated the coming of Christ to take away the sins of man. They call Him Purusha Prajapati the creator God who would come as a man to offer himself as a sacrifice. Jesus Christ came to fulfill the  Vedic quest of the Indian people, because the Vedas are incomplete without Him, just as the Old Testament was fulfilled at the coming of the Messiah”.

He uses the services of another convert Vedanayagam, who brazenly calls himself ‘Pujya Sri Bhagavathar Vedanayagam Sastrigal’. Both of them organize evangelical sessions in the guise of “Kathaakaalakshebam” and hoodwink gullible Hindus. They focus on poor and lower middle class Brahmins, who are ignorant and have poor knowledge of their religious scriptures. Most have personal and financial problems, which make them vulnerable to the Chellappaas and Vedanayagams. (1)

Now we have a new breed of evangelists, who also have special expertise in inculturation techniques. Suseela Ragunathan is a Brahmin convert and she is an office-bearer in Christian Brahmin Seva Samithi. She identifies herself as ‘Suseela Maami Ragunathan’ and conducts evangelical congregations. Another evangelist by name Mani claims to have suffered a lot as a Brahmin Priest and had a turning point in life after converting to Christianity. He is a full time evangelist now identifying himself as Brother Mani Iyer. 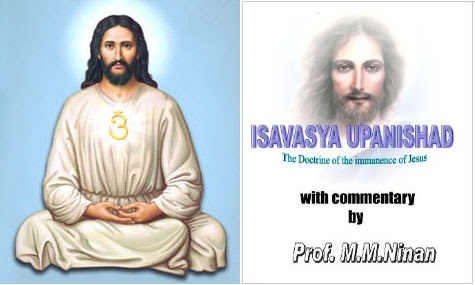 Christianising native festivals of non-Christian nations is a part of inculturation, which is the time tested modus operandi of the Church to increase their harvest of souls. The Roman Catholic Church has been focusing on Pongal for quite some time. The reason may be attributed to the fact that the festival falls in January within days immediately after Christmas and New Year celebrations. The Church effectively uses its control over Dravidian Parties to Christianise Hindu traditions.

Diwali, the festival of lights, is a Christian Festival; Animal Sacrifice is a Christian culture adopted by Hindus and Gayatri Mantra actually glorifies Jesus. The Vedas, the ancient Indian sacred writings had anticipated the coming of Christ to take away the sins of man. They call Him Purusha Prajapati the creator God who would come as a man to offer himself as a sacrifice. Jesus Christ came to fulfill the Vedic quest of the Indian people, because the Vedas are incomplete without Him, just as the Old Testament was fulfilled at the coming of the Messiah”.

On the same year at the same time, the DMK government inaugurated a government sponsored festival by name“Sangamam” conceived by a Christian NGO by name Tamil Maiyam founded by Father Jagath Gasper Raj andKarunanidhi’s daughter Kanimozhi. This festival would start with Christmas and end with Pongal. The government roped in all the folk arts and folk music into the Sangamam festival notwithstanding the inclusion of Classical Music and Dance.

A new concept called “Samathuva Pongal” (Egalitarian Pongal) was introduced in which, Pongal was celebrated within the Church premises, wherein people from all religions were made to participate. Though a few Muslims participated in such festivities, they never yielded to the idea of making Pongal inside the Mosques. Even the Christian clergy allowed the celebration only within their premises and not inside the Church. (3)/(3)

The recent addition to the Pongal festivities was the fable of ‘Martyr Devasahayam Pillai’ attempting to place his death anniversary alongside Pongal . As B.R.Gauthaman, Director of Vedic Science Research Center observes, “Many Christian festivals have been so “created” in line with the festivals of the local people. In the process, the reasons behind these festivals and the cultural identities in the minds of the locals have all but been annihilated, for which history bears testimony. By keeping the date of the death of Devasahayam Pillai conveniently open, it is amply clear that the ‘Devasahaayam Pillai Festival’ too has been craftily created by the Church to destroy the ancient tradition of celebrating Pongal. (4) 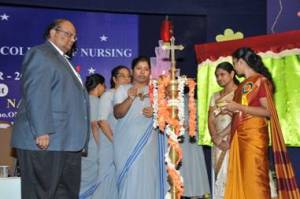 Backed by the Church and funded by foreign sources, many Christian Organisations make well-planned short-duration documentaries after distorting Hindu scriptures to suit their convenience. For example, “Ashathoma Sath Kamaya” is a movie uploaded on YouTube in ten parts. It is produced by “Prarthanalaya Church.” Though this movie was initially rejected by the Censor Board, the said Church distributed it far and wide illegally as adocumentary. Kamal Hasan’s elder brother Charu Hasan who allegedly converted to Christianity, plays the lead role in the movie.

This clearly shows their agenda of using the Hindu festival only to convert gullible people. Many Christian organizations like‘Jesus Redeems Production’ produced documentaries on “Christian Pongal” with traditional Hindu dance forms and distributed them, apart from releasing them on YouTube. (5)

Other Points: The Bible with an Indian Touch.

4 comments on “Faking Christian missionaries are targeting every component of Hindu Culture and Life.”