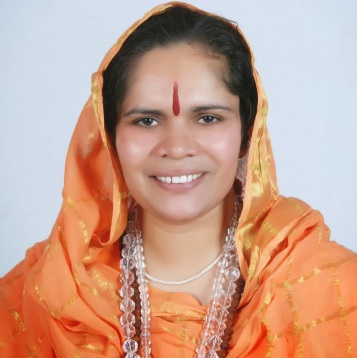 Haj pilgrims will have to face the consequences if there is any terror attack on pilgrims going to Amarnath.

HENB | New Delhi | July 8, 2015::  Fire brand VHP leader Sadhvi Prachi on Wednesday reiterates here her same stand that Haj pilgrims will face the consequences if devotees going to Amarnath yatra will be harmed by the Islamists in any manner.

Sadvi Prachi addressed a public event on Thursday last in Muzaffarnagar, UP conveying the same message,“Haj pilgrims will have to face the consequences if there is any terror attack on pilgrims going to Amarnath.”

The recent comments came from Vishwa Hindu Parishad (VHP) in response to the earlier report that the Shri Amarnath cave and Shri Amarnath Yatra could come under terrorist attacks instigated by separatist and Pakistani intelligence agency ISI. The retaliation also came as a protest of stone pelting upon the vehicles with Amarnath pilgrims in south Kashmi by suspected Islamist hooligans.

“Eent ka jawab pathar se diya jayega (We will give a befitting reply) in case of a terror attack this time. It is shameful that Haj pilgrims get subsidies while Hindu pilgrims were taxed,” Shadvi Prachi added.

Earlier Sadhvi Prachi had courted controversy by saying that those who oppose to yoga should go to Pakistan and they have “no right” to stay in the country.

So far 85,007 pilgrims completed the darshan (upto 7th July this year) to the holy cave shrine of Amarnath in South Kashmir Himalayas amid tight security. The pilgrimage trek will take a total of 59 days.

Bajrang Dal Protests in Jammu Over Stoning of Amarnath Vehicle.

The activists also burnt effigies of the separatist leaders and demanded the suspension of the station house officer who, according to the activists, failed to provide security to the Amarnath-bound pilgrims. “We demand action against the people who pelted stones on the pilgrims, the separatists resorted to stone pelting on pilgrims in which two pilgrims sustained injures and were admitted in the hospital,” a Bajrang Dal activist said.

While raising slogans against the coalition partner Peoples Democratic Party (PDP), the Bajrang Dal activists wanted action against the concerned station house officer of the police (SHO) “for his failure to provide security to the Amarnath bound pilgrims,” he said.