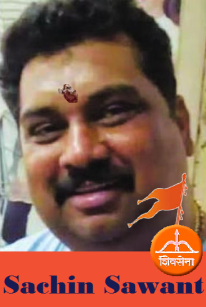 He was rushed to Babasaheb Ambedkar Hospital in Kandivali around 8.20 p.m., where he was declared dead, doctors said. He was shot in the chest. The post mortem will be conducted at Bhagwati Hospital in Borivali.

According to Sawant’s colleagues in the Shiv Sena, the 46-year-old was riding pillion on a Royal Enfield bike with an associate. He reached Gokul Nagar between 8 to 9pm when someone called out to him from behind. As he turned around, two motorcycle-borne men came close to him and shot him in the chest in Kandivali East area. The assailants fled soon after.

Sawant was the former deputy branch head of the Sena from Kurar. According to sources, he had faced a similar attack in 2009.

The progresses of police cases against the consecutive murders of Shiv Sena leaders are not satisfactory, says a SS leader in SS HQ in Matoshree.