Shravan: Millions of Hindu devotees walking across India for Shiva. 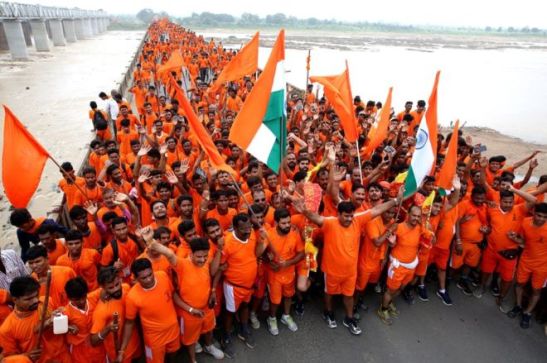 The millions of Hindu devotees walking across India for the cause of Shiva.

BBC | Asia News Section | Aug 9, 2018::  Every year, northern India is flooded with men and women in saffron clothes walking through the streets carrying pots suspended on a stick.

These are the Kanwariyas, Hindu devotees who embark on an annual pilgrimage to collect water from the river Ganges, which they believe to be sacred.

They believe that the sacred water will dispel negative energy and endear them to Shiva. 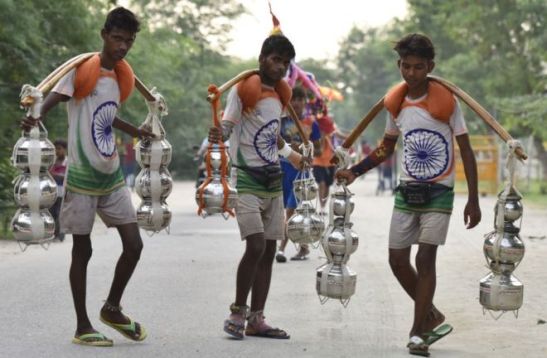 The pilgrimage derives its name – kanwar yatra – from the contraption the pilgrims use to carry the pots. In Hindi, kanwar means pole and yatra means journey.

The route taken by the Kanwariyas spans two northern states where pilgrims stop in holy towns along the banks of the river – Gangotri, Haridwar and Rishikesh in Uttarakhand, and Sultanganj in Bihar.

Some of them also make their way to Gomukh, a point at the foothills of the Himalayas where the Ganges river originates from a melting glacier. 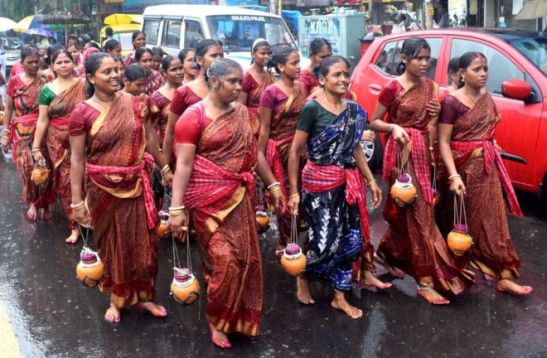 Here, women drenched by rain in the eastern city of Kolkata are on their way to a famous Shiva temple where they will offer the holy water. (PIC ABOVE: GETTY IMAGES).

The pilgrimage usually occurs in the monsoon season, around July and August (Shravan in the Hindu almanac), when many parts of India are affected by heavy rains. 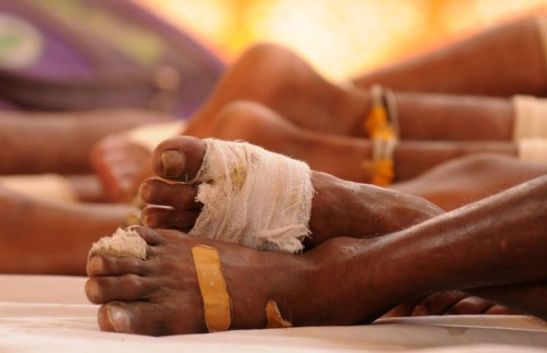 Many choose to walk the thousands of kilometres barefoot. Some also use vehicles and bicycles to travel. (PIC ABOVE: GETTY IMAGES).

They rest along the way at camps set up by local governments that often make arrangements for the pilgrimage. 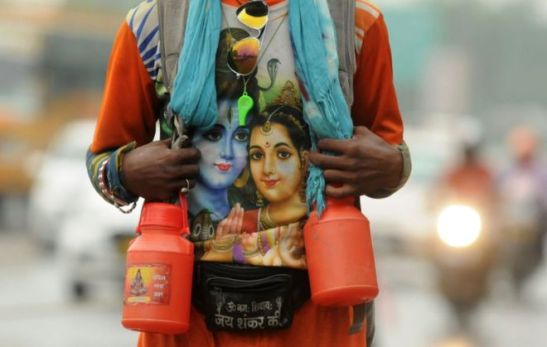 The pilgrimage is believed have been going on for several decades but it used to be confined to a small group of devotees. It started to gain popularity in the 1980s and it now attracts millions of followers each year.

Many of the routes pass through the capital Delhi, often causing massive traffic jams.

Many people regard the pilgrims a public nuisance.

Sometimes roads are cordoned off to make space for them. In recent years, they have also been accused of hooliganism.

Earlier this month, a group of them set a car on fire after getting into an altercation with the vehicle’s owners. 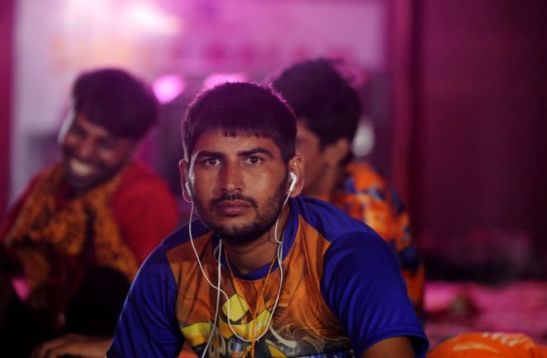 Many of the pilgrims are young men and the pilgrimage itself has changed as a result. Small groups of walkers have been replaced by large, raucous processions involving trucks and motorcycles, complete with self-styled DJs who play Bollywood songs with a devotional spin.

(This  is a simple news publication which may not related with the  ideals of this website).