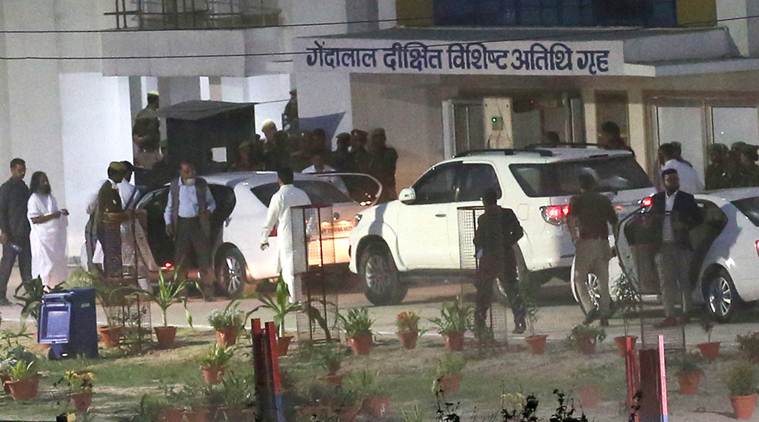 Barricades have been erected to restrict movement on the road leading to the guest house where the panel members are staying. Identity of all residents has been verified and heavy police force has been deployed in the area.

“Academic activities in the university won’t be affected and we are letting the students and university staff come this side only after proper checking,” he added.

According to the court order, the mediation process should be concluded in eight weeks and process should be done with “utmost confidentiality” with the media being refrained from publishing the proceeding details. The first status report is to be submitted in four weeks.

The entire process will take place at the ‘mini secretariat’ built inside the Gendalal Dixit VIP Guest House on the Awadh University campus where entry and exit have been restricted. University sources said the guest house adjacent to the MBA department building of the university would serve as the place of meeting and lodging of the panel members. The members visited areas near the makeshift Ram Lala temple in the evening. They left the guest house around 5pm and returned around 6.45pm.

According to local residents, security forces came to the guest house five days ago and preparations have been going on since then. “Policemen came to our houses and collected details about the number of persons living in the house,” said a resident.

City Magistrate Santosh Kumar, in charge of the protocol, said the panel members have been declared state guests and limited information was shared with the district administration. “The only information was on the chopper landing…. The mediation will reportedly begin tomorrow,” he said.