Hindu priests regain control of Char Dham and other shrines in Uttarakhand.

Hindu Priests in Uttarakhand get back over 50 shrines’ control including Char Dham. 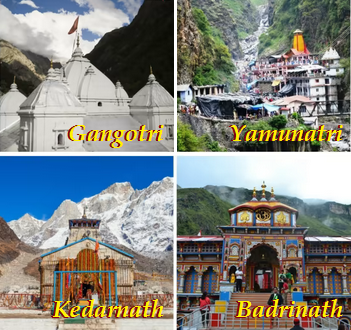 Kautilya Singh | TNN | Deharadun | Mar 1, 2022::  The bill to repeal the Devasthanam Board Act, which was passed in the Uttarakhand assembly in December last year, was approved by Uttarakhand governor, Lt Gen Gurmit Singh (retd) on Sunday. With this, the management and administration of over 50 temples, including the Char Dham shrines of Kedarnath, Badrinath, Yamunotri and Gangotri, has now returned to priests, who had been agitating for over two years against the move to give control of the shrines’ affairs to a board headed by bureaucrats.

The Badri-Kedar Temple Committee, which was looking after the management of Kedarnath and Badrinath shrines before the constitution of the Char Dham Devasthanam Board, would continue to do so, while the Yamunotri and Gangotri temples would be managed by committees headed by local priests. Reacting to the move, Brijesh Sati, spokesperson of Char Dham Teerth Purohit HakHakookdhari Mahapanchayat, a body representing the Char Dham priests, said, “This is a victory for our hard work and determination to oppose the draconian board. The Raj Bhawan’s nod to the bill repealing the Act has come after 77 days of the assembly passing it. We feel it could have been approved faster but now that it is done, we welcome the decision.”

The priests of the Char Dham shrines and the BJP-led state government had been at loggerheads on the issue since November 2019, when the proposal for constitution of a board on the lines of the Mata Vaishno Devi Shrine Board was mooted to manage the affairs of the Char Dham shrines and other associated temples in a state cabinet meeting chaired by then-CM Trivendra Singh Rawat. The bill was subsequently tabled and passed in the state assembly in December 2019 and later a notification was issued in February 2020 by the state government.

The move was met by heavy protests from the Char Dham priests who considered it “an infringement of their centuries-old rights to have a say in the affairs of the temples.” Much of their anger was directed against Trivendra, who was considered the architect of the plan to bring the shrines’ management under bureaucrats. In March 2021, when Trivendra was unceremoniously removed from the CM’s post by the BJP, the Char Dham priests celebrated his ouster by bursting firecrackers.

In order to placate the priests, Trivendra’s successor, Tirath Singh Rawat, in his brief tenure of four months, announced plans to remove 51 smaller temples (excluding the Char Dham shrines), from the ambit of the Act and also said that the decision on the board would be reviewed.

Subsequently, when Pushkar Singh Dhami took over as CM, he formed a committee in August last year to look into the matter. After the committee submitted its report, the Dhami government on November 30, 2021 announced the decision to repeal the Act. The decision, coming as it did just before the Uttarakhand assembly elections, is said to have been largely influenced by political compulsions as the priest community has a stronghold in around 17 assembly constituencies of the Garhwal region. Political analyst Udit Ghildiyal told TOI, “The issue has definitely hurt the ruling party in the assembly elections but the dent could have been far bigger if the Act would not have been repealed.” He added that “the decision at least gave a breathing space for BJP candidates in many constituencies of Garhwal.”