Temple structure discovered while demolishing a part of mosque for renovation in Mangaluru.

B Upendran | HENB | Mangaluru | April 23, 2022:: A day after Dakshina Kannada district administration stalled the renovation work of a mosque in Malali on the outskirts of Mangaluru, a local resident managed to get a court stay on any work or entry inside a structure that was found behind the mosque.

Dhananjay, a resident of Ganjimatt has gone to court seeking protection from the structure found behind the mosque. The Mangaluru court took up the matter and ordered the dismantling or damage of the structure till the next date of hearing.

Remnants of a structure resembling temple is unearthed at the Malali Market Mosque, falling under Ganjimath gram panchayat limits. This has caused curiosity among the locals and other people who are thronging to see the structure.

The mosque’s renovation work is in progress since some days. Some part of the mosque is already demolished. Around mid-day on Thursday April 21, public could see the remains of a temple. This matter went viral within no time and scores of people, Hindu organizations rushed to the spot. However, police denied entry to public since the afternoon to prevent any untoward incident. 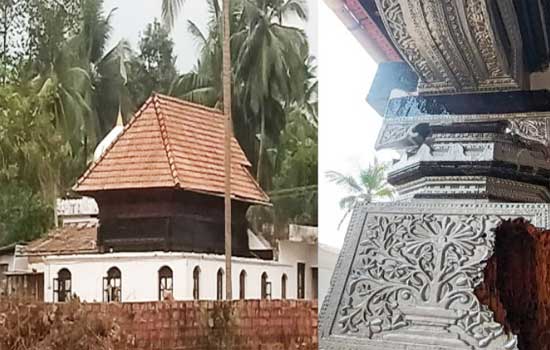 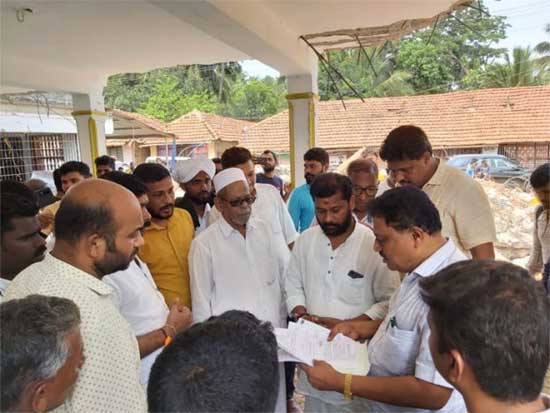 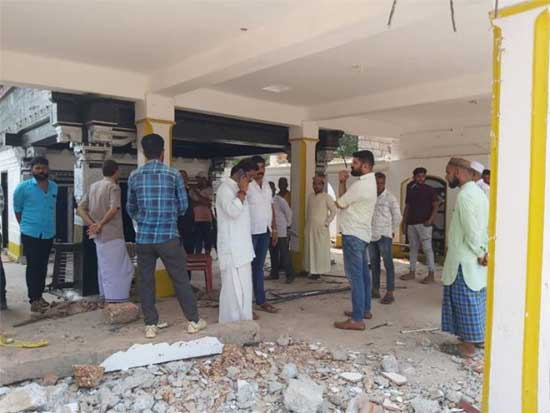 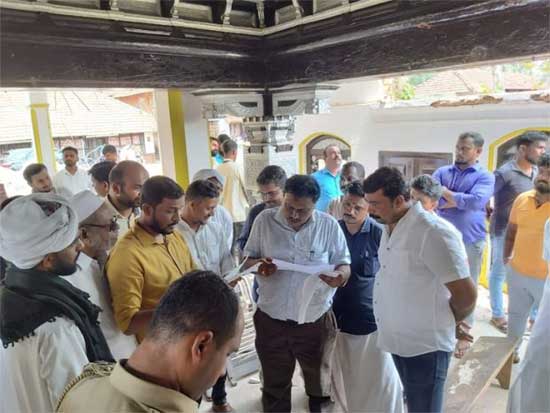 Some people are saying that the structure looks like a temple while others are of the opinion that it resembles a Jain Basadi.

Officials rushed to the spot and are investigating. Deputy commissioner (DC) Dr Rajendra K V said, “Property documents of the land will be verified. A report will be sought from Muzrai department as well as Wakf Board. Suitable action will be taken based on the details. At present status quo needs to be maintained. People should not create chaos by listening to hearsay.”

VHP divisional secretary Sharan Pumpwell welcomed the court order. Mangaluru city police have deployed personnel to prevent any untoward incident and maintain peace in Malali where a structure has been found during the renovation of a mosque.

Mangaluru city police commissioner N Shashi Kumar on Friday told the media to prevent any untoward incident until resolving the issue of a structure that the pro-Hindutva activists claim to be a temple.

“When an old religious building was being demolished for renovation, a structure was found by the locals. Some of them urged not to demolish the structure which they claim to be a temple and held discussions with the mosque leaders. Tahsildar has held talks with both the parties and has assured to resolve the matter amicably,” said the commissioner.

He added that the Hindus and Muslims are living in the area peacefully and the locals have assured that they would abide by the truth. “To maintain peace, as per the directions of the deputy commissioner, the work has been stopped for a week,” he said.

On Thursday, an old structure hidden for a long behind a centuries-old mosque in Malali near Ganjimutt on the outskirts of Mangaluru was found during demolition. The police sources said that the structure is similar to a temple or a Jain Basadi and say they cannot come to a conclusion as there are many temples.

MLA Dr Bharath Shetty said, “The land which was allotted to build a mosque in 2001 was a government land. Later, after getting registered with Wakf board, mosque is constructed. As signs of temples are seen in the structure, instructions are given for comprehensive investigation. Till then work will be stopped.”

Purandar, tahsildar of Mangaluru said, “In 2001, 90 cents land was sanctioned for building a mosque. Inspection is undertaken now as well as discussion is held with the mosque committee. I have informed the same to DC.”

__Inputs from TNIE and Daiji World

One comment on “Temple structure discovered while demolishing a part of mosque for renovation in Mangaluru.”

This entry was posted on April 23, 2022 by hinduexistence in Hindu Demand, Hindu Temples and tagged Court orders restraint of dismantling 'ancient temple'.