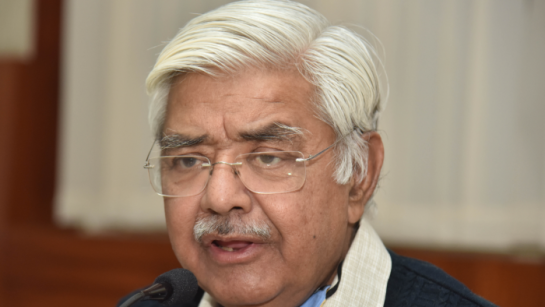 U.K. PM please take action against violence against Hindus to save England from Jihad continuum: VHP

Birmingham has been known as the capital of Islamic terrorism in UK.  Recent attacks on Hindus are not one-off events. These riots are part of a continuum with London Metro bombings (2017) and the London Bridge attack in 2019…

Ishita Mishra | The Hindu | New Delhi | Sept 22, 2022:: The Vishwa Hindu Parishad (VHP) on Wednesday requested the Prime Minister of United Kingdom to take immediate efforts to end the “continued violence against Hindus in Leicester and Birmingham”.

A letter written by VHP international working president Alok Kumar to the U.K. PM Liz Truss compared the recent attacks on Hindus with London Metro bombings (2017) and the London Bridge attack in 2019. “These are not one-off events. These riots are part of a continuum,” the letter said.

“VHP is deeply concerned and alarmed at the ongoing violence in Leicester and Birmingham in which a large number of Hindus and places of their worship, their cultural and religious symbols have been wantonly targeted and damaged by Islamic extremists,” said Mr. Kumar in his letter. “Nothing of that sort has happened to Muslims, Islamic symbols or places of worship.”

The VHP international president further added that Birmingham has been known as “the capital of Islamic terrorism”. “Islamic terrorists and hoodlums in a way had the impunity to attack, damage, humiliate and insult,” added Mr. Kumar.

The VHP said Hindus in the U.K., who only constitute 1.5% of total population, have significantly contributed to their adopted homeland.

“It is because of Hindus’ contribution to UK, late PM Margaret Thatcher had once stated in a public meeting that Hindus have taught the country so much about family and they are asset to UK,” the VHP’s letter to the U.K. PM stated.

“The UK government under your strong leadership shouldn’t view the recent riots as one-off events as they are part of a continuum,” said the organisation, referring to the 2017 bombings and 2019 attack.

Read: How Hindutva Is Being Resisted in the US by Islamists in the name of pro-democracy.

Read: Is Politics in India Leading to Polarised Diaspora in the US?

Read: Sadhvi Ritambhara’s event cancelled in London after protests outside temple in Birmingham.

Read: Sadhvi Ritambhara’s Programme In Ilford Cancelled Amid Communal Tensions In The UK.

Read: Talk by Hindu leader in Nottingham cancelled amid protests in UK.

Courtesy: The Hindu and links used above.

This entry was posted on September 23, 2022 by hinduexistence in Hindu Existence.