Third Great Hindu Rashtra Adiveshan (20th June to 26th June, 2014) is on at Goa with great might.

Dedicate yourself for establishing the ‘Hindu Rashtra’ ! : His Holiness Dr. Athavale. 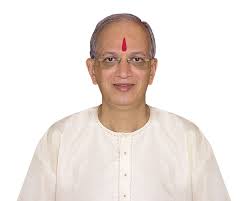 Ramnathi | Ponda | Goa | 20 June 2014:: Yadnya (Sacrificial fire) has a unique significance in Sanatan Vedic Dharma. It is said, ‘अग्निमुखा वै देवाः । (Agnimukha vai Devaha |)’, which means – ‘Yadnya is the mouth of the Deities’. Performing Yadnya amounts to offering food in the form of samidha (Firewood) to the mouths of the Deities. The Dharmayadnya of establishing the ‘Hindu Rashtra’ has been lit through the medium of the ‘All India Hindu Convention’. This Yadnya needs samidha which are ready to sacrifice themselves to serve the cause of Dharma. Complete sacrifice in a Yadnya is the only life-purpose of samidha. Similarly, complete sacrifice to serve the cause of establishing the ‘Hindu Rashtra’ should be the only life-purpose of those who are passionate about establishing the ‘Hindu Rashtra’.

That the ‘Hindu Rashtra’ will be established in Bharat by the year 2023 is certain. If we dedicate ourselves to this Yadnya of reinstating Dharma with an attitude that, ‘I am a samidha in the Yadnya’, it will spiritually uplift all those who are working to serve the cause of the ‘Hindu Rashtra’.

See live-stream programme of All India Hindu Rashtra Adiveshan at Ramnathi Mandir Parisar at Ponda, Goa from 20-062014 to 26-06-2014 @ this link: http://www.hindujagruti.org/summit/english.php

Have faith that in 2025, Hindu Rashtra will be established ! – Shri Upananda Brahmachari.

He further stated that Our rulers tried to destroy spirituality from our country by implementing Macaulay’s education system. As a result, Hindus drifted away from abiding by their Dharma and became weak. 5 crores Bangla Deshi Muslims are today exploiting Hindus financially with political support; therefore, Hindus need to be strong not only politically and socially; but also financially. Today, many problems are faced by Hindus and many pro-Hindu organizations are independently fighting for their cause. Their aim is the same; but if all come together and strive hard; the goal may be achieved quickly and in this background, efforts of Rashtreeya Hindu Andolan are commendable. There were many problems even during Chhatrapati Shivaji Maharaj’s period. He did not think of making independent attempts; but he thought about establishment of Hindu Rashtra, he did it and all problems were solved. As one ray of light dispels all darkness; everyone should have faith that Hindu Rashtra would come into being in 2025.

When Hindus will learn to retaliate, there will be undivided Hindu Rashtra ! – Shri Upanand Brahmachari.

Ramnathi | Ponda | Goa | 26 June 2014:: We can send study team to Bangladesh that can check the condition of Hindus from there and visit can be arranged with Prime Minister, Sheikh Hasina, to whom a report on such study can be submitted. We need to keep a watch on what is happening to Hindus. Hindus from all places should be safe. Study should be undertaken even to see the position of Hindus from Pakistan, Sri Lanka and Nepal. If Hindus get ready to retaliate, we can bring them together from Bangladesh, Sri Lanka, Nepal, Pakistan and Afghanistan even in such difficult condition; but for that, all of us need to take initiative.

Updates of related news for 3rd Hindu Adhiveshan at Goa: