Silence over Hindu Code Bill and the reluctance to bring Uniform Civil Code Bill are both detrimental and dangerous to Indian Democracy. 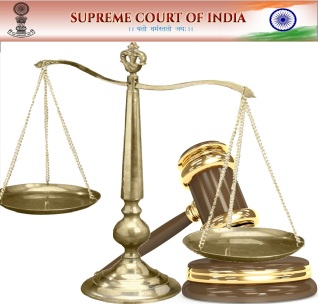 Hitesh Rangra | Organiser | Delhi | 15 Feb 2015:: The debate emerges around Uniform Civil Code (UCC) in the Apex Court of the country while hearing the Public Interest Litigation (PIL) filed by Clarence Pais, a former President of the Catholic Association of Dakshina Kannada in Karnataka. However court rejected the PIL seeking recognition for Christian courts. This not the first time that the Apex Court rejected PIL regarding personal laws based upon religious lines.

In its landmark judgment Supreme Court bench headed by Justice CK Prasad and Pinaki Chandra Ghosen said Sharia courts run by clerics have no legality and that their fatwas are not obligatory on anyone. Recently, Justice Markandey Katju wrote—“I am fully in support of UCC” and “one of the reasons for the backwardness of Muslims is the lack of modernization of their personal law”.

Justice Vikramjit Sen remarked during the hearing on a PIL filed by Pais seeking recognition for Christian courts set up under its personal law, he said, “It is a secular country but I don’t know how long it will remain so.” The Indian Express reports: “The bench was hearing a PIL by advocate Clarence Pais, who wanted the apex court to put its stamp of approval on the decrees of divorce and other such decrees issued by an ecclesiastical court or tribunal. An ecclesiastical court, set up under the Canon Law, is an institution for Catholic Christians.”

The Apex Court rejected the argument and recommended that religion shouldn’t be allowed to deal with civil issues. The bench said that “This cannot be accepted; otherwise every religion will say it has a right to decide various issues as a matter of its personal law. We don’t agree with this at all. It has to be done though a decree of a court”. However it should be noted that petitioner had filed the PIL on the pretext that if marriages can be dissolved by Muslims in accordance to the Mohammedan law, Christians should be allowed to do the same.

Although the PIL had been reject but we must inquire that why Christians seeking the recognition of Christian courts under personal law that too citing the example of Muslim Personal law. Can we allow personal law for every religious body in the country? Can setting up courts for personal laws are in the accordance with the true Secular nature of the constitution? Are we not setting the wrong precedence in the country where everyone wanted to created separate courts for dealing with civic affairs?

Even today the Goa Civil Code, also known as Goa Family Law which is a set of civil laws governs the entire population including Muslims of this Indian State. Let us not forget the fact that according to the 2001 census, out of a total population of 1, 343, 998 people, 65.7 per cent were Hindus, 26.6 per cent were Christians, 6.8 per cent were Muslims, 0.07 per cent were Sikhs, 0.05 per cent were Buddhists, 0.06 per cent were Jains and 0.026 per cent belonged to other religious communities.

Our liberal friends cite multiple examples why India needs to be a secular country; yes indeed I agree to the core idea that India should be secular country in the accordance with our ancient ethos rather than European thought process. In the ancient time king observed Raj Dharma and consider each and every living soul equal. In today’s context political leaders should follow Raj Dharma; but more than our political leaders our intellectuals needs to follow the “Sastrath”. Though Dharma is very vast topic but somehow I brought its mention here because Sastrath (discussion) is the central point in our Philosophy. Our ancient sages created humongous knowledge system by Sastrath.

So let us come back to the debate on “Uniform Civil Code”. The biggest road blocks of UCC are Muslim ghettos, Political Vote Bank and intellectuals who shape up Minority (it must be noted that Indian minority definition don’t even close to UNO minority definition) mindset. Empirical data suggests that at least the thought process of Muslim leadership is against the UCC which is constantly reinforced by intellectual backing of other two groups (Political Vote bank and Intellectuals).

We must create an environment to debate the validity of personal laws and subsequently move towards UCC. Let us not forget that father of constitution was in favour of Uniform Civil Code. Dr BR Ambedkar said, “I personally do not understand why religion should be given this vast, expansive jurisdiction, so as to cover the whole of life and to prevent the legislature from encroaching upon that field. After all, what are we having this liberty for? We are having this liberty in order to reform our social system, which is so full of inequities, discrimination and other things, which conflict with our fundamental rights” (Ibid).”

Ramashray Upadhyay wrote after his long speech in favour of the Uniform Civil Code, the motion that, “Article 35, stand part of the Constitution” was adopted and added to the Constitution as Article 44. Giving final shape to this Article, Dr Ambedkar maintained that Directive Principles were binding for the functioning of the democracy. The sense of the argument was to achieve social democracy for a long lasting political democracy.

When the Fundamental Rights Sub Committee decided to make the Uniform Civil Code a Directive Principle, Amrit Kaur along with two other members wrote, “One of the factors that have kept India back from advancing to nationhood has been the existence of personal laws based on religion which keep the nation divided into watertight compartments in many aspects of life.”—Shiva Rao, The Framing of India’s Constitution: Select Documents II).

Gora N Trivedi wrote in his article “UNIFORM CIVIL CODE IN INDIA: Situation of 2013” the plight of Muslim women. He wrote, “Let us take a look into the case of Imrana – 28 years old woman and the mother of five children. On June 6 2005, Imrana was raped by her 69 year old father-in-law Ali Mohammad. Soon after she was raped, a local Muslim Panchayat (council of elders) asked her to treat her husband Nur Ilahi as her son and declared their marriage null and void! Can any law of the land justify this?”

In the end I must say that if Muslim countries had been reformed its Muslim laws more than India then time had come when we need to work upon UCC. Even though we witnessed to a stupendous growth of the country in the context of world economy, our social growth has been crippled by interference of religion in the matter of customary and personal laws. We are growing economically but our social growth halted due to rising demands for personal laws based upon religious association. We can’t afford to grant personal laws to every religious community in a secular country. Laws should be subjective in application rather than selective. Article 25 in The Constitution of India gave us right to profess our religion; we must not confuse it with personal issues like marriage, inheritance etc. UCC will enforce the sense of oneness and help in the national integration which is underdeveloped in India.