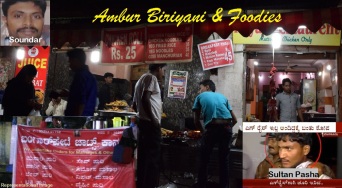 Anil Ponnuswamy | HENB | Bengaluru | Nov 6, 2015:: A 42-year-old Hindu owner of an eatery was stabbed by a customer when he refused to serve biryani to the latter, at Andhrahalli in Rajagopal Nagar on Wednesday.

The multiply injured Soundar, owner of Ambur Biriyani, was rushed to MS Ramaiah Hospital where his condition is said to be serious.

Police have arrested Sultan Pasha (28), a resident of Laggere.

Sources said that around 9.40 pm, Pasha, who was inebriated, came to the eatery at Hegganahalli Cross and ordered beef biriyani.

Soundar told him that being the eatery as a “no beef'” unit he could only arrange ‘chicken’ or ‘mutton’ dishes, but that even couldn’t be possible as he was about to shut shop for the day as all the food was already sold.

Irked by this, Sultan picked a quarrel with Soundar stating that he cannot refuse to serve a regular customer, and started to assault him. An excited Sultan exhorted also why each Hindu Hotel (eatery) had not a Halal section including beef preparations.  The other customers pacified Sultan and tried to pull him out.

But he barged into the kitchen, took a knife and stabbed Soundar in the back thrice.

The others alerted Rajagopal Nagar police and rushed Soundar to hospital, where he is in a very critical condition.

The authority of Rajagopal Nagar police station is now searching the detailed whereabouts of the arrested Muslim customer.

To fight against Jihad in India & Bangladesh pl. donate to Hindu Existence Forum. 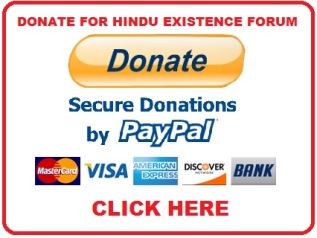