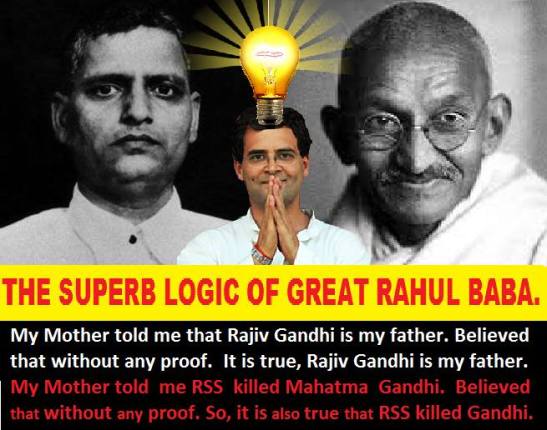 Sumit  Jakhotia | HENB | Mumbai | Aug 29, 2016:: Not being satisfied with an explanation in the apex court from Congress vice-president Rahul Gandhi’s lawyers that Mr Gandhi did not mean to blame the entire RSS for Mahatma Gandhi’s assassination, the complainant of “Gandhi assassination defamation case” has said he will not settle for anything less than a written apology and an assurance that the Congress leader will not repeat such statements in the future.

“Our stand is very clear: Rahul Gandhi should tender a written apology and also assure in writing that he would not repeat such statements in future or face the trial,” said Rajesh Kunte, an RSS member, who had filed a complaint against Rahul in a Bhiwandi court.

Speaking to HENB, Mr Kunte further said he would still demand an apology from the Congress vice-president even if he takes a stand that he never accused the RSS as an institution for the murder of Mahatma Gandhi but blamed people associated with the organisation for the crime. 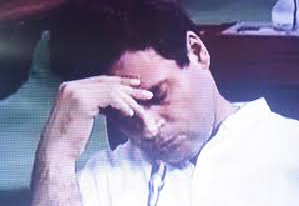 It may be recalled that Rahul’s counsel Kapil Sibal last week told the Supreme Court that the Congress leader never accused the RSS as an institution for the crime.

Mr Sibal had referred to the Congress leader’s affidavit before the Bombay high court in which Rahul had said that he blamed a person associated with the RSS for the killing, but did not denounce the whole organisation.

However, a day after this, Rahul had again stated that he “stands by every single word” he had said.

For such a 360° somersaulter, a written apology is very much necessary to check him in a binding.

One comment on “Rahul Gandhi must apologize on Gandhi murder statement: RSS.”