S Debnath | HENB | Asansol (Bengal) | Sept 25, 2016::  The point regarding establishment of Hindu Rashtra was first presented unanimously during the all-India Hindu Convention held in 2012 at Goa. That spark of Hindu Rashtra has taken form of a big torch
today. The real definition of democracy is ‘Government of the people, by the people and for the people’; but it has now been changed to ‘democracy of the selfish leaders, by the selfish leaders and for the selfish leaders’. Our Prime Minister says, “Constitution of India is his holy scripture.” It has been mentioned in the Constitution that Acts like Uniform Civil Code, ban on cow-slaughter should be implemented all over the country. No action is, however, being taken on these issues; therefore, a doubt is raised in mind about abidance of Dharma, said ‘Pujya’ Dr. Charudatta Pingale, national Guide of Hindu Janajagruti Samiti (HJS) while addressing the State-level Hindu Convention held on 25th September at ‘Gorai Smruti Bhavan’. 111 devout Hindus including representatives of pro-Hindu organizations coming from Bengal and Jharkhand participated in the Convention.

‘Pujya’ Swami Tejashananda also graced the occasion with his auspicious presence and blessing. 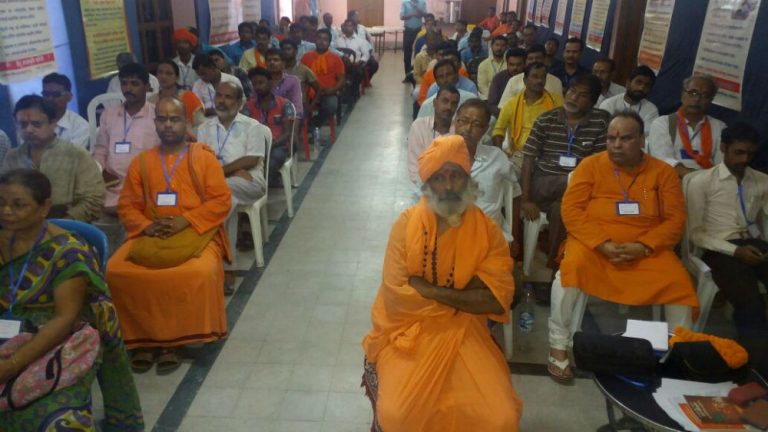 On the topic of ‘futility of secularism and need for Hindu Rashtra’, Shri. Subhash Chakravarty of ‘Nikhil Banga Nagarik Sangh’ said, “Durga ‘Puja’ has been changed as ‘Festival’ in Bengal by the political perpetrators. Even then, the celebration of Durga festival is being stopped at many places in Bengal. There is news about 400 Muslim youth from Bengal going to Syria for joining ISIS. Vijaya Dashami Processions are being restricted for Muharam Processions in West Bengal. All these things are overlooked and fake secularism is promoted in the State which a big challenge for Hindus.”

Cow-slaughterers have in a way been given silent approval for slaughtering cows with the de-motivating statement made by the Prime Minister regarding ‘Gou-rakshaks’. On the other hand, Bengal’s Chief Minister has recruited almost 50% Muslims in civil police department in some phases. After conversion from Hindus, converted people are extended reservation facilities for OBC in Bengal; Converted Tribals are also given reservation facilities all over India. Therefore, it has become difficult to stop conversions.

Both Bengal and other State govts are collecting charges from Hindu pilgrims at the time of Kumbh and Simhast, Amarnath yatra etc., but still allowing the Haj subsidies to the Muslims. Discriminations upon Hindus are increasing day by day. In West Bengal Hindus are already minority in Malda, Murshidabad and Uttar Dinajpur. Hindus are being uprooted in many places in Bengal for Jihadi intimidation with political indulgences.

MSDP (Multi Sectoral Development Plan for the Minorities) either be stopped or must be extended in those blocks where Hindus are minorities.

A person becomes devout by practising spirituality. A devout person will never cause harm to Hindu Dharma and does not tolerate such harm if caused by others. Only a person undertaking spiritual practice can truly protect Dharma.

Most of the people from Bengal do not abide by Dharma but ‘Geeta’ is kept on their chest at the time of death. Treating offerings made to priests as their honorarium is their ignorance and fall. It should be noted that God would not protect unrighteous Hindus in the coming period of strife. Hindu Temples must be reinforced as the Social reformation through ‘Dharma Sikshan’ and ‘Dharma Rakshan’. 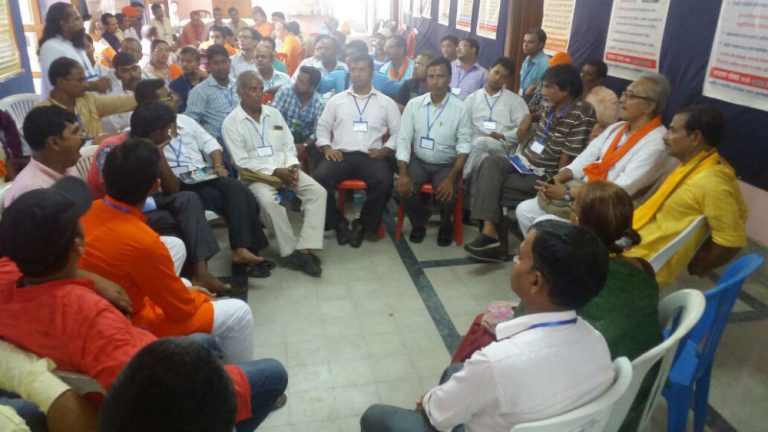