‘As there is not a single Hindu country, CAA is a necessity to ensure citizenship for them’ 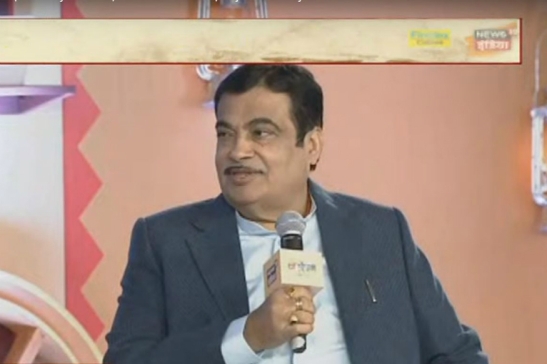 ‘Several Countries for Muslims But Not a Single One For Hindus’: Gadkari on Citizenship Act Row.

Union Minister Nitin Gadkari said opposition parties are trying to mislead the people on the issue of Citizenship Amendment Act.

News18.com Online | New Delhi | Dec 18, 2019:: Amid widespread protests in the country against the Citizenship Amendment Act, Union Minister Nitin Gadkari said the law is a necessity as no country in the world right now is specifically for the Hindus.

Speaking at the News18 India Chaupal on Wednesday, Gadkari justified the government’s move, saying, “There is no country in the world for the Hindus. Earlier Nepal was one Hindu nation but now there is not a single Hindu nation…so where will the Hindus, Sikhs go? For Muslims there are several Muslim nations where they can get citizenship…opposition is trying to mislead the people.”

“We are not against any Muslim citizens of our nation. Some political parties are creating fear among minorities. I assure you that our government is against discrimination politics,” the Union Road Transport and Highways Minister added.

Read also: CAA needed as there is no Hindu nation, Nitin Gadkari (TOI).

As per Citizenship Amendment Act, a specific group of illegal immigrants — those who came from Afghanistan, Bangladesh or Pakistan on or before December 31, 2014 and belong to Hindu, Sikh Buddhist, Jain, Parsi, or Christian religious communities — will not be treated as illegal immigrants and will now be eligible for citizenship.

The law allows a person to apply for citizenship via naturalization if they need the qualifications pertaining to residency in India — that they be employed in central government service for the past 12 months, or spend 11 of the past 14 years in India. For this group, the residency requirement for naturalization has been relaxed from 11 years to 5 years.

Meanwhile, the Supreme Court on Wednesday decided to examine the constitutional validity of the Act but refused to stay its operation.

A clutch of petitions challenging the Act, which has seen protests across the country, were filed in the Supreme Court. Among those who filed the petitions are senior Congress leader Jairam Ramesh, Asom Gana Parishad and the Indian Union Muslim League.

According to the petitioners, religion cannot be the basis for grant of citizenship. They said the new law is against the basic structure of the Constitution as admitting illegal migrants as citizens on the basis of religion violates the fundamental rights to life and equality.

One comment on “‘As there is not a single Hindu country, CAA is a necessity to ensure citizenship for them’”