Delhi Eid Horror:: Hindu Woman falls in ‘love jihad’ with a Muslim gym trainer, slits throats of husband, mother-in-law. She planned to kill eight family members in a Ramadan night under an instigation of her Muslim boy friend.

Prateek Jain | HENB | New Delhi | June 25, 2017:: Obsessed to be with her lover, a mother of two did not look back even once while plotting to kill eight of her family members.

Meenakshi, a Hindu resident of Jahangirpuri had fallen for her Muslim gym trainer Abdul, and then decided to get rid of her family in an attempt to unite with her Jihadi lover forever.

She sedated her in-laws, husband and children along with other family members. According to police, she allegedly went a step ahead and slit the throats of her husband and mother-in-law.

Both are in the critical condition and admitted to a hospital.

On June 20, Meenakshi was celebrating a wedding.

But on the very same night, eight family members were admitted to a hospital in a sedated state, two of them with slit throats.

An investigation ruled out the possibility of robbery. During questioning, call details of family members led them to Abdul. They arrested Abdul who allegedly has confessed to his crime to instigate his lover to kill all her family members and later police arrested Meenakshi.

Meenakshi had met Abdul in the gym. They fell in love and in an attempt to be with each other, plotted the killings of her all family members with an instigation of Abdul under a trail of Love Jihad.

BUT WHAT IS LOVE JIHAD? 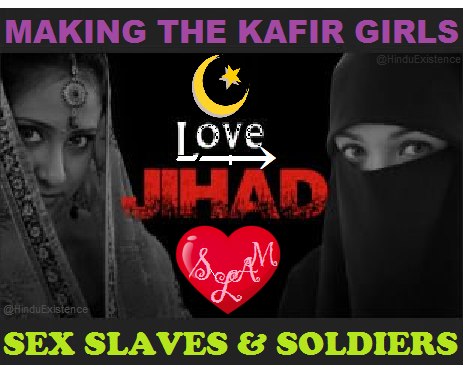