Indian Muslim supporter of Pakistan Cricket Team gets no advocate due to Hindu lawyers’ boycott. 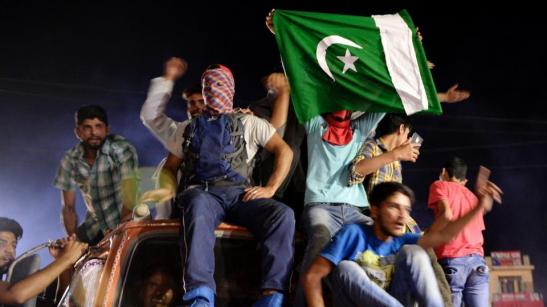 Tapan Susheel | TNN | Roorkee | Jun 25, 2017:: Lawyers in Laksar, Roorkee, have “unanimously” decided not to appear in court for a youth who was arrested on Friday for writing on his Facebook page a “congratulatory message” praising Pakistan for winning the ICC Champions Trophy.

Laksar Advocates’ Association president Swatantra Kumar, while announcing the decision taken at a meeting, said, “Shadab Hasan’s act was anti-national, therefore all the lawyers in the town have decided that they will not appear on his behalf in court.”

After the lawyers’ move, Shadab’s kin are in panic. “There is fear of him going to jail for a long time if nobody fights his case,” said a cousin of his who didn’t want to be identified. “There is also danger outside as volunteers of a Hindu right wing group have strongly condemned his act. He may be attacked.”

Shadab’s uncle Mehboob Hasan said, “In the absence of a private pleader, we will urge the court for a public prosecutor. But, unfortunately, we are not in hurry for his bail, because we fear he may be attacked after his release. We will try for his bail after Eid when the dust is settled. I hope good sense will prevail upon our people by then.”

Following the complaint of Mohit Verma, a member of the local traders’ association, police arrested and booked Shadab, 23, who runs a dry cleaning shop in Laksar, 18 km from here, under section 153-A (promoting enmity between different groups) of the Indian Penal Code.

On Saturday, Shadab was produced before the additional chief judicial magistrate, who sent him to 14 days judicial custody. After Pakistan routed India in the finals of the ICC Championships Trophy on June 18, Shadab allegedly not only wrote congratulatory message for the Pakistani team, but also posted some “objectionable comments” on his Facebook account.

Defending his complaint, Verma, a jeweller, said, “I want him to learn a lesson so that he or other people of his community do not repeat such acts in the future.”

“Since his act damages the respect and reputation of India, we will not appear for him in the court,” added Laksar Advocates’ Association president Swatantra Kumar.

Hailing the lawyers’ decision, Navin Chandra Semwal, inspector at Laksar police station, said: “The accused is a graduate and of sound mind, who runs a business. Thus, what he had done was a deliberate action. The decision of lawyers is certainly a welcome move.”

One comment on “Indian Muslim supporter of Pakistan Cricket Team gets no advocate due to Hindu lawyers’ boycott.”