The Colour of Hindutva in the Mind of Bommai.

If the rule of law is Hindutva, I don’t mind it: Karnataka CM Basavaraj Bommai.

Karnataka chief minister Basavaraj Bommai spoke to India Today Group Editorial Director Raj Chengappa on the achievements and challenges of his one year in the saddle. Excerpts: 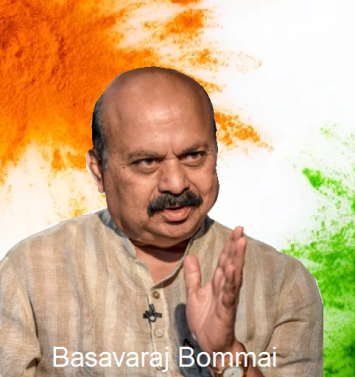 Q. You have vast political experience, including being a minister in the past. You are also the son of a former chief minister of the state. What was the novelty of the challenge you faced as chief minister, and in your approach to the task?

Right from the first day of my political career, I had to make a choice between people politics and power politics. I felt that I should do people politics because power is only a byproduct of it. I have been associating with people’s causes and struggles, and I love to be with them. Being chief minister is vastly different and is a huge responsibility with all kinds of challenges. Even the last man in the queue should feel that this government is for him. People’s aspirations are so high that you need a high-octane performfance to meet them.

Q. In the past year that you have been chief minister, what are the three or four things you have achieved?

The first thing is, whenever people are in distress, the government has stood by them. Just to give you some examples, when there were huge flo­ods, not only did I visit these places but, apart from rescue efforts, we also provided them with huge relief…much more than the norm. We also doubled relief to farmers and gave Rs 1,600 crore to them. We have already given over five lakh houses to the needy. Secondly, the entire development approach where we have carved out over 100 aspirational talukas, and whatever imbalances are there, I want to set them right, especially concerning education, health, and maternal and child welfare. Thirdly, we have focused on education as a highway of prosperity, and I have introduced scholarships for girls from the 8th standard and for boys from pre-university onwards.

Q. You have also started a special scheme for women’s employment.

Yes, that’s the fourth point. Economy is not about money but people and their activities. So, I have got a scheme done now where we are going to employ more than five lakh women this year through entrepreneurship. It will be an end-to-end approach; we are giving them seed money, ‘anchor bank’ interventions, products and marketing. All these measures will help people increase their per capita income and the prosperity of the state.

Q. While your welfare schemes have been lauded, there are issues about corruption, with contractors alleging that they had to pay 40 per cent commission. There have been graft charges against policemen too.

Very good question. First, that contractors’ complaint was made just before I took charge. I was not the chief minister then. Second, I called these contractors and said, ‘Give me some cases where 40 per cent has been paid and I will act.’ They are unable to give any cases. They instead came with suggestions for system improvements, and I had them done immediately. I have also set up a high-level committee under a retired high court judge to look into the estimates of the work, especially tender commissions where the crux of the corruption is. Any project above Rs 50 crore will be scrutinised by this committee. In the police cases, we have also acted, including ordering a CID inquiry against a top policeman. We have never compromised our politics with corruption and we have raided both BJP and Congress people whenever needed.

Q. Your cabinet minister K.S. Eshwarappa had to resign because of allegations against him. What is the update?

The whole thing was enquired into in detail and the police have said there is no evidence of his role in it. It will now be scrutinised in the court, so that there is a judicial stamp to it.

Q. The other major issue is in terms of the rising communal tensions that have happened, whether the hijab controversy, the anti-conversion law that you have passed, or the issue of halal meat being served. Critics say that you are being more Hindutva than Hindutva itself.

I don’t see the hijab issue as something that is political or communal. I see it as following the rules, and that approach has helped. Now everything is settled and there is no problem. Many of the minorities also agree that there should be a dress code. The whole problem is that the opinion of the silent majority is not taken into account and a few people that make noise are given a lot of space by the media. As far as the halal thing is concerned, that was made a rule by the Congress government earlier. So, we just followed it, as we did about the loudspeaker issue on which the Supreme Court had passed a ruling. I don’t ascribe any colours to it and that approach has helped me. Now everybody is following the rule and there is peace.

Q. What was the provocation to pass the anti-conversion law in the assembly?

Anti-conversion laws are not new in this country; they have been there right from Mahatma Gandhi’s time. We all know that conversion by allurement and force is not allowed in the Constitution itself. What the Constitution has said and what the earlier laws have said have just been reiterated. There will be no coercive activity, no illegality. We will go by the rule, you should also follow it.

Q. Is it because you joined the BJP only in 2008 that you are trying to prove your Hindutva credentials?

I am not worried about such drawing-room statements. I will put it in one sentence: If the rule of law to be followed is Hindutva, I don’t mind it.

Q. The BJP has talked of dynasty-mukt Bharat. In some senses, you are a dynast too.

There is a lot of difference. First, my father was no more there when I joined the BJP. Then I built my own political career and not because I was the son of a politician. And I have never used the family name in other things. So, on my own hard work, people have recognised me and that is recognised by the BJP.

Q. What about former chief minister B.S. Yediyurappa who has said he wants his son to become an MLA too?

Yediyurappa is a person who has dedicated his life to the BJP for the past 40 years. He is representing Shikaripura for the seventh or eighth time now and he has decided not to contest again. Since he is retiring and the people of that constituency want his son to stand, he had suggested it. Now the party high command will take a decision on this.

Q. When it comes to the industrial development of the state, what have you done to boost it?

To meet the present challenges, the ease of doing business was necessary, so we have taken a series of measures where we have made procedures so much easier that anybody who wants to set up a shop will not face harassment. We also have sector-specific policies. In major thrust areas, we have given much more production-linked incentives or PLIs than other states have given. We are going to have the first semi-conductor plant if the Centre approves, and we are also setting up a cluster for FMCG. Apart from these, we are carving out special investment regions, funding startups. We are the first state to have an R&D policy—from garage to institution, from genomics to space, encouraging youngsters to go into different fields of startups. Now we have R&D; Karnataka is the first state in the country to have an R&D policy. All this will make Karnataka the future economic engine of our country.

Q. Bengaluru’s infrastructure is in a bad state and even Telangana minister K.T. Rama Rao invited investors to come to Hyderabad instead

Bengaluru is not competing with any other city in the country. Our competition is with Silicon Valley. Our strength is the ecosystem that really helps entrepreneurs, the technological hub, a large pool of technically talented people and the ease of doing business. Now 38 per cent of the country’s FDI is coming to Karnataka. As regards infrastructure, there is no doubt that there is a problem. To end traffic jams, we are widening the roads and creating a dozen corridors that would have seamless signals. But there is a need for a permanent solution. I am putting together a plan where we will have four satellite towns set up with rail and road links to the city. It will be a beautiful, very well-planned Greater Bengaluru that we are planning to develop.

Q. Whenever you come to Delhi, there is talk of you getting sanction for your cabinet expansion. Is it going to happen?

We are going to expand the cabinet. When and how, the BJP central leaders will decide. When they do, I will let you know.

Q. With the state assembly election due in May 2023, what are you planning to focus on in the remaining year that you have and are you confident of bringing the BJP back to power again?

My priority is to implement my budget, which has been accepted very well. The second is to bring about a lot of changes in the government that will ensure quick redressal of people’s problems with time-bound action to provide good governance. Third, giving a sense of confidence to all sections of society that this government is for them and is going to take care of them, including youngsters, farmers and women who are our driving economic force, to help them to such an extent that they will lead a life of swabhimaani (self-respect). Poverty doesn’t have any caste. I am putting all my strength, my time and energy for the upliftment of those at the bottom of the pyramid and my conviction is that it is going to make a difference. As regards the election, getting 150 seats is the target given by Amit Shahji and we are going to strive to get 150-plus.

One comment on “The Colour of Hindutva in the Mind of Bommai.”

This entry was posted on July 29, 2022 by hinduexistence in Hindu Advocacy, Hindu Agenda, Hindu Politics, Hindutva Politics and tagged Hindutva in Karnataka, Karnataka CM Basavaraj Bommai, Rule of law is Hindutva, The Colour of Hindutva in Mind.