ISIS targets to wipe out Hindus and Buddhists from India with the help of Pakistan and Bangladesh Jihadis, plans deadly guerrilla warfare against India.

Upananda Brahmachari | HENB | New Delhi | April 14, 2016:: The Islamic State (ISIS) has made new threat to send its fighters from Pakistan and Bangladesh to carry out ‘guerrilla attacks’ for fulfilling deadly Jihad in India.

In a recent interview carried by Dabiq magazine, the ‘amir’ of ISIS fighters in Bangladesh and Indian subcontinent, Shaykh Abu Ibrahim al-Hanif has vowed to wipe out Hindus and implement ‘sharia’ law in India and Bangladesh. al-Hanif also revealed the terror group is currently training fighters in Bangladesh and Pakistan to launch attacks on India and is seeking the help of the local mujahideen in the country.  This news has now hit all the leading Indian and International dailies and websites.

After targeting European countries with deadly bombings, the Islamic State group has now concentrated on Indian warfare on priority basis.

In a recent interview carried out by ISIS mouthpiece Dabiq Magazine, Shaykh Abu Ibrahim al-Hanif, the head of Islamic State in Bangladesh said that the group plans to use its fighters in the neighbouring countries to carry out guerilla attacks in India.

The terror group said that it aims to implement Sharia law in the country. They also plan to create a rift between believers and dis-believers, thus making it easy for their fighters to take over the country.

In order to spread their terror in India, ISIS may use their fighters in Bangladesh.

Bangladesh, which is often referred to as Bengal by ISIS, is used by the terror group as their caliphate to carry out attacks in neighbouring countries. They plan to send their fighters from Pakistan and Bangladesh to India.

Al-Hanif said that Bangladesh is a good place for the terror group’s caliphate due to its geographical location.

ISIS aims to create Tawahhush (fear and chaos) in India with the help of local mujahidin, said al-Hanif.

Al-Hanif also claimed that ‘there is an ongoing war against Muslims and specially Islam in India and Bangladesh’. For taking a revenge Islamic State is planing to carry out these targeted attacks in India through mujahideens in ‘Bengal’, calling it as ‘Wilayat Khurasan’.

In the interview Al-Hanif branded the Bangladesh’s minority Hindu people as the ‘agents of RAW’. Research and Analytical Wing (RAW) is a prime intelligence agency of India. In this way the IS influenced fanatic groups in BD want to uproot Hindu minorities in there.

IS also vowed to kill all Buddhists in India, Sri Lanka and Myanmar as a retaliation of Buddhist persecution on Rohingya Muslims in Rakhine State of Myanmar.

In the 13th issue of its propaganda magazine, Dabiq, Islamic State has claimed that it won’t be long before Kashmir is run over by the organisation.

The goal of ISIS to capture India is also flashed in its 14th issue of Dabiq more elaborately. ‘Hindus need to be targeted in mass numbers in India, ’ says militant in Islamic State magazine. 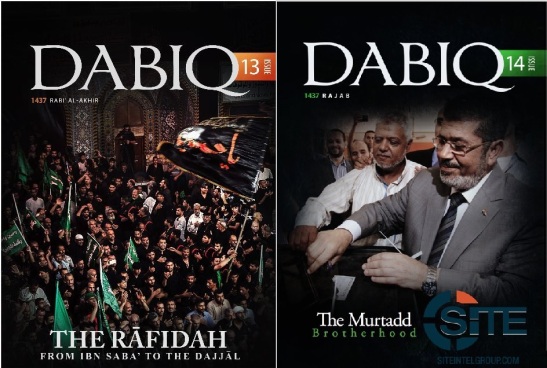 The claims were made by the ‘emir of Khorasan’, Hafiz Saeed Khan in an interview to the magazine.

When asked if IS was capable fighting ‘cow-worshiping Hindus’ and apostate factions such as Lashkar-e-Taiba, Khan said that “there are specific arrangements in those regions and Muslims will soon hear pleasant news about the caliphate’s expansion to those lands.”

While the biggest threat India faces is the attacks that may be carried out by radicalised ISIS fighters, a major concern also remains that ISIS sympathisers have multiplied over months within the country, and the figure is only swelling.

Last month, Barack Obama vowed to wipe out Islamic State and put an end to the war situation in Iraq and parts of the Middle East.

But, US political experts opine that it’s nothing but an Obama gimmick to show down the Donald Trump’s strong propagation against radical Islam in the ongoing campaigns in US for the Presidential election row.

Moreover, US missiles are well designed to target always the next Mujaheddin sitting left or right of Abu Bakr al-Baghdadi, the Chief of IS, not to hit Baghdadi directly anyway!

Earlier, in their explosive e-book ISIS hinted expansion of Jihad in India. Then PM Modi and Hindus were mentioned as prime targets. The jihdi outfits also published then their bomb making procedures and HJihadi training manual in the internet for the first time. HENB covered that news on Dec 3, 2015 in details.

__Agencies. Courtesy: The links and pics used above.

5 comments on “ISIS threatens attack on India; vows to wipe out Hindus & Buddhists; will establish Shariah.”