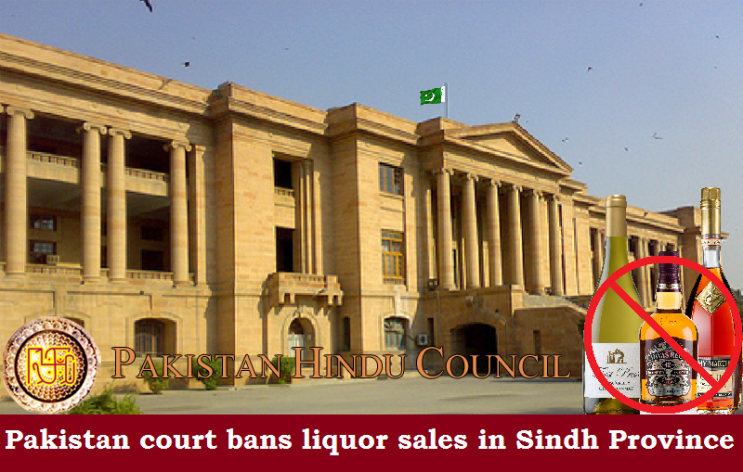 Pakistani law allows sale of liquor to minorities, including Hindus and Christians.

Mubashir Zaidi | The Hindu News Desk | Karachi | March 3, 2017::  In an unusual move on Thursday, the High Court in Pakistani province of Sindh has banned sale of liquor and ordered the provincial government to shut all liquor shops and prepare a strategy to regulate its sale.

The order comes in response to a complaint filed by the Pakistan Hindu Council, a representative body of the Hindu community in Pakistan. Pakistani law allows sale of liquor to minorities, including Hindus and Christians. But the law is often manipulated when Muslims get liquor through their non-Muslim colleagues, friends or employees, according to its critics.

The Sindh High Court Chief Justice, Sajjad Ali Shah, ruled that liquor was being wrongfully sold in the name of non-Muslims. The Hindu Council and Dr. Ramesh Kumar Vankwani, a member of the National Assembly, argued before the court that sale of alcohol beverages without regulation is violation of Article 37(h) and Hudood Ordinance. The ordinance, enacted in 1977 as part of the then military ruler Zia-ul-Haq’s ‘Islamisation’ process, replaced parts of the British-era Penal Code, adding new criminal offences.

Dr. Vankwani also proposed to adopt the biometric verification process in selling liqour. He said alcohol is forbidden in all religions.

“A bill has already been presented to the National Assembly for the amendment of Article 37(h)” to regulate the sale of alcohol, he told the court.

Dr. Vankwani also said majority of the wine shops are established in the most expensive residential areas where a poor non-Muslim could not afford to go. The High Court had imposed a similar ban last year, but the owners of wine and liquor shops and wholesale dealers had challenged the decision in the Supreme Court. The Supreme Court gave the owners a temporary relief by allowing the sales again.

Advocate Mir Jawed, who represented owners of alcohol shops, argued that all liquor shops were legal. There are 120 liquor shops across Sindh. Of them, 59 shops are in provincial capital Karachi.